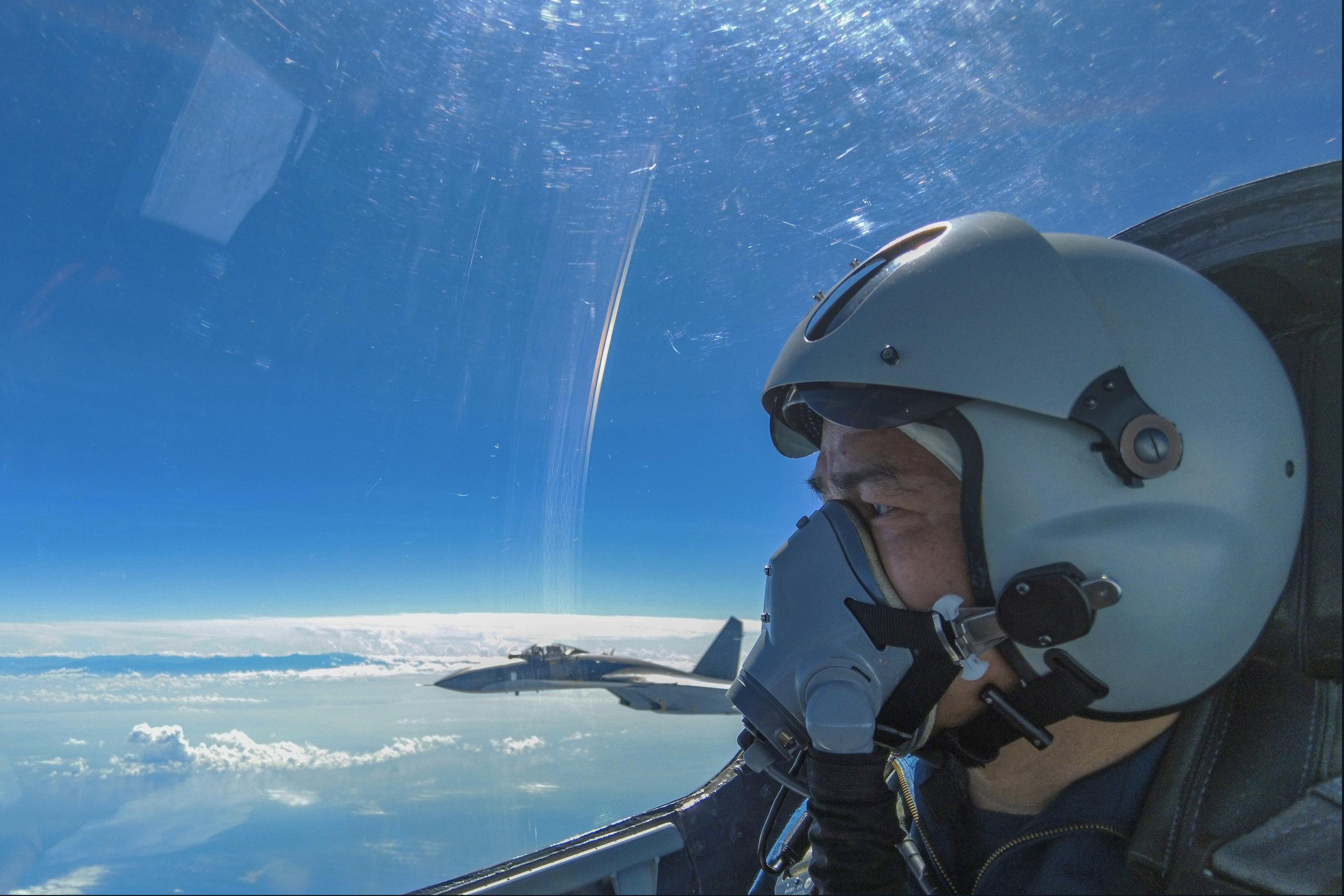 BEIJING (AFP) – China said on Monday it was extending threatening military exercises surrounding Taiwan that have disrupted navigation and air traffic and raised major concerns about the potential for conflict in a region crucial to global trade.

exercises It will include anti-submarine exercises, apparently aimed at US support for Taiwan in the event of a possible Chinese invasion, according to social media posts from the eastern command of the ruling Chinese Communist Party’s military arm, the People’s Liberation Army.

The military said the exercises, which included missile strikes, warplanes and ship movements crossing the mid-line of the Taiwan Strait that separates the two sides, were in response to US House Speaker Nancy Pelosi. A visit to the autonomous island last week.

China has ignored calls to de-escalate tensions, and there was no immediate indication of when it would end what amounted to a blockade.

On Sunday, Taiwan’s Defense Ministry said it had spotted a total of 66 aircraft and 14 warships conducting the sea and air maneuvers. The island responded by putting its military on alert and deploying ships, aircraft and other assets to monitor Chinese planes, ships, and drones that “simulate attacks on the island of Taiwan and our ships at sea.”

Meanwhile, the official Taiwan Central News Agency reported that the Taiwan army will conduct live-fire artillery exercises in southern Pingtung County on Tuesday and Thursday, in response to the Chinese drill.

The report, which quoted an unnamed source, said that the exercises will include snipers, combat vehicles and armored vehicles in addition to attack helicopters.

China claims Taiwan as its territory and has threatened to annex it by force if necessary. The two sides split in 1949 after a civil war, but Beijing considers foreign officials’ visits to Taiwan a recognition of its sovereignty.

China broke off defense and climate talks with the United States and imposed sanctions on Pelosi in response to her visit.

The Biden and Pelosi administrations say the United States remains committed to the “one China” policy that extends official diplomatic recognition to Beijing while allowing for strong informal and defense ties with Taipei.

But the United States has criticized Beijing’s actions in the Taiwan Strait, with White House press secretary Karen Jean-Pierre calling it “fundamentally irresponsible.”

“There is no need or reason for this escalation,” Jean-Pierre said.

In Washington, Taiwan’s de facto ambassador Bi Kim Hsiao said China had no reason to be “extremely angry” about Pelosi’s visit, which follows a long-standing tradition of US lawmakers visiting Taiwan.

“Well, you know, we’ve been living under threat from China for decades,” Hsiao told CBS News on Sunday. “If you have a child who is being bullied at school, don’t say you don’t go to school. Try to find a way to deal with the bully.

“The risks are posed by Beijing,” Hsiao said.

On a visit to Myanmar, whose Chinese-backed military government has been accused of killing its opponents, Chinese Foreign Minister Wang Yi said that Washington “is seizing the opportunity to strengthen its military deployment in the region, which deserves high vigilance and a strict boycott by the United States.” All sides.”

Meanwhile, Australian Foreign Minister Penny Wong said He called for de-escalation of tensions. “Australia continues to urge restraint, Australia continues to urge de-escalation, this is not something Australia alone is calling for, the entire region is concerned about the current situation, and the entire region is calling for stability to be restored,” Wong said. Reporters in Canberra.