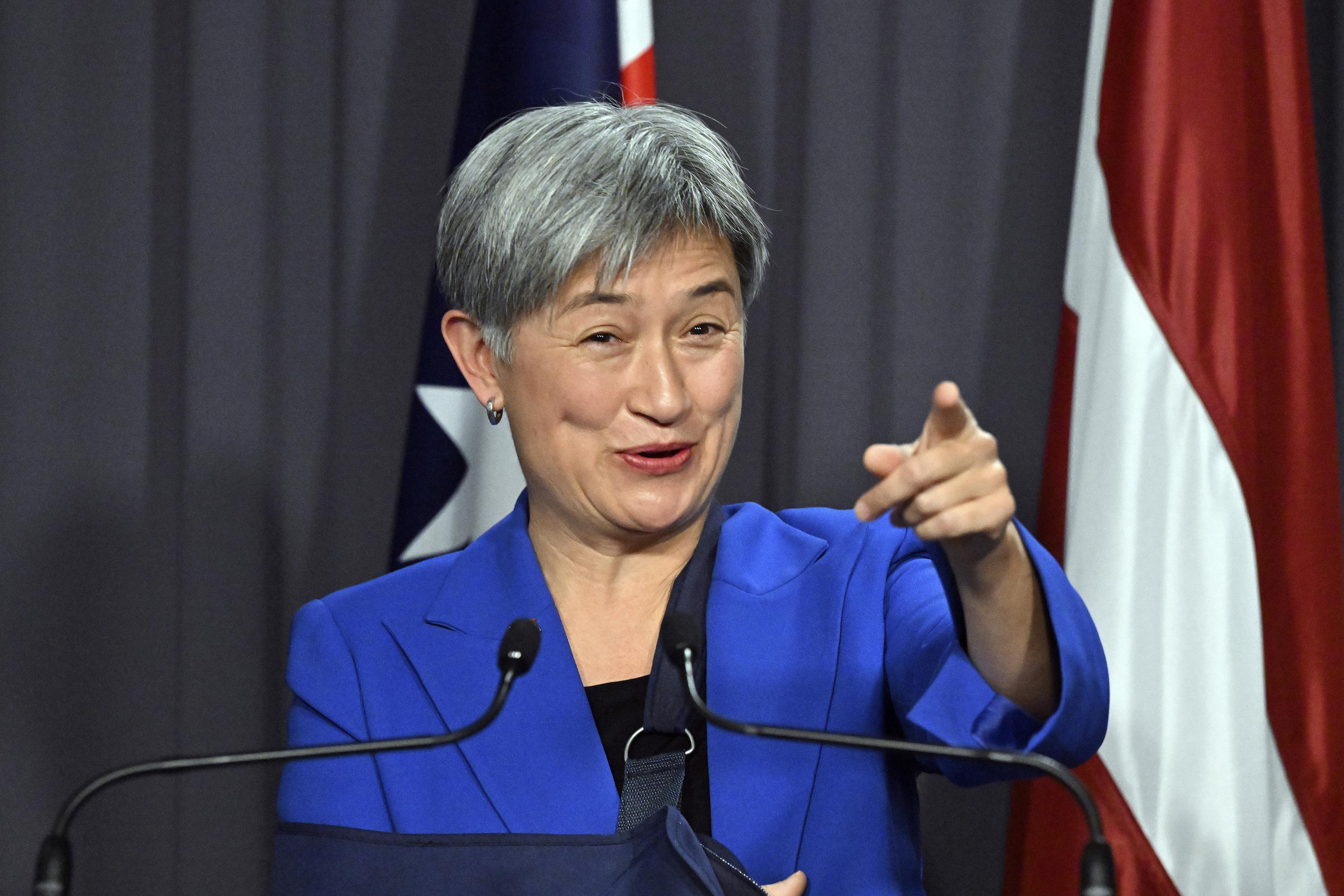 CANBERRA, Australia (Associated Press) – Australian Foreign Minister Penny Wong on Monday called for de-escalation of tensions after Beijing accused her of “pointing the finger” in her criticism of Chinese military exercises in response to US House Speaker Nancy Pelosi’s visit to Taiwan.

Wong criticized China’s launch of ballistic missiles during the ongoing air and sea exercises around Taiwan, which Beijing claims as part of its territory. It also signed a joint statement with the United States and Japan on Saturday in which it condemned the firing of missiles at Japan’s exclusive economic zones and accused China of “stirring up tension and destabilizing the region.”

The Chinese Embassy in Australia responded to the tripartite statement, saying: “It is absolutely unacceptable to point the finger at China’s justified actions to protect the country’s sovereignty and territorial integrity.”

The embassy accused Australia of carrying out the bids of the United States, which China described as “the biggest spoiler and destabilizer of peace in the Taiwan Strait and the biggest troublemaker of regional stability.”

“We hope… that the Australian side handles the Taiwan issue with caution, does not follow the strategy of certain countries to contain China with Taiwan, and does not cause new problems and turmoil in China-Australia relations,” an embassy statement said. .

Wong declined to comment on the state of China-Australia relations following Pelosi’s visit last week. Beijing has signaled a possible reset in the relationship after the election of the new Australian government in May. Relations fell to new depths during the previous government’s nine years in power.

“The most important thing right now is to lower the temperature and restore calm when it comes to tensions across the strait,” Wong told reporters.

Wong’s call for restraint was backed by Latvian Foreign Minister Edgars Rinkevix, who was in the Australian capital Canberra to open a new embassy.

Latvia wants to declare Russia a state sponsor of terrorism and has urged other countries to follow Latvia’s approach by denying all Russians any kind of visa.