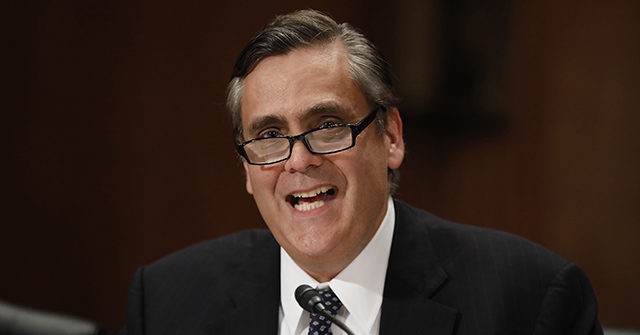 Constitutional law scholar Jonathan Turley of the George Washington University School of Law has proposed an alliance of conservative “red” states to engage in a counter-boycott against which liberal “blue” state, such as California, boycotts first.

The proposal is in response to efforts by blue states to ban state-funded travel to red states that enact conservative laws on issues such as transgender bathrooms in school, biological men participating in women’s sports, and abortion restrictions.

California, for example, currently bans state-funded travel to 22 states. While such a ban is difficult to implement – in fact. California Governor Gavin Newsom (D) recently violated his state’s ban on travel to Idaho—they have an effect, because they can force private companies to follow the blue states’ approach. Then the red states are forced to bow to the whims of corporations – not the democratic will of their constituents – to make their laws more liberal than they would otherwise be.

Turley argued in an opinion piece on hill On August 6, the Blue State boycott was deemed offensive to the basic principle of federalism in the Constitution, and that it prevents states from finding compromises on social issues:

In a system based on the principles of federalism, we have embraced the model of allowing each state to reach its own conclusions on contentious issues. The result could be a consensus about moderate attitudes that escapes on both sides, often motivated by extremism on issues such as abortion. … When states try to force other states to comply with their demands on such issues, they impede state experiences and expression.

In response, Turley proposes the Red Country Alliance, based on NATO and Article V, which states that an attack on any member must be interpreted as an attack on all, leading to a collective response:

While this would be an ideal agreement between all states, the red states should pass legislation prohibiting state business or travel with any state participating in the provinces. The key would be that the agreement should be based on principle, allow no exceptions, and lead to reciprocity: a travel ban, for example, Nebraska would result in a reciprocal ban not only from Nebraska but from every country in the coalition.

That way, when a state like California targets a state like Utah, it will shoot itself in roughly half the size of the state. Ultimately, the administrative and competitive costs of such measures will become prohibitive.