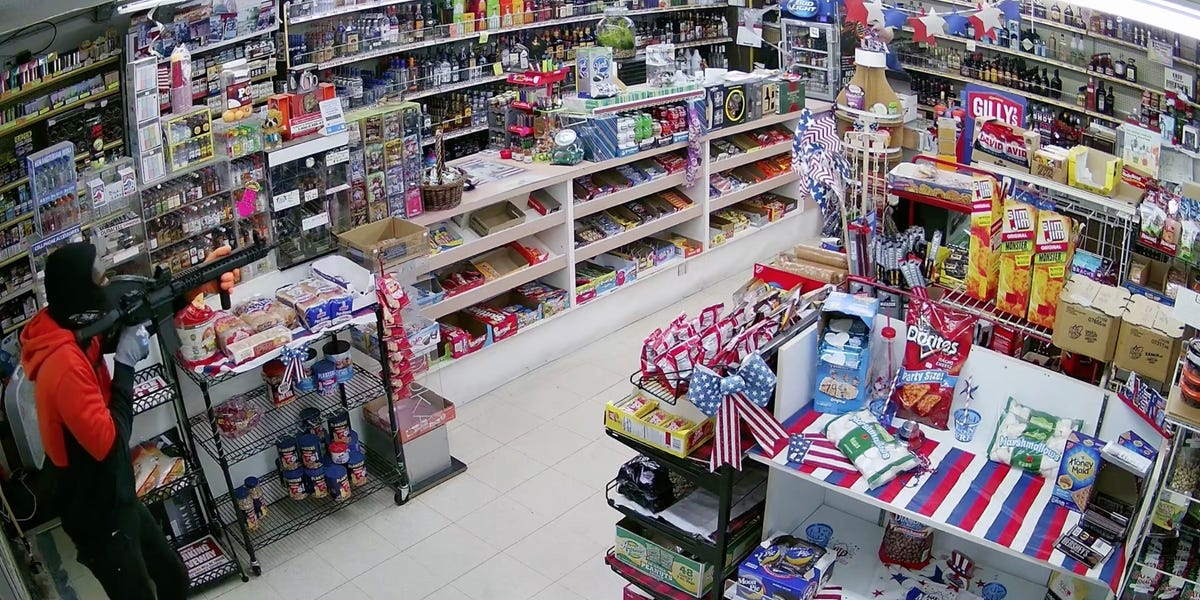 Surveillance footage showed that an 80-year-old man quietly shot an armed intruder who attempted to burglarize his California store, but suffered a heart attack soon after.

Craig Cobb was inside his liquor store in Norco, Riverside County, on July 31 when a man armed with an AR-15 approached his store at about 2.47 a.m., according to press release By the Riverside County Police Department.

The press release said the main suspect, a 23-year-old man wearing masks, entered the store aiming his rifle at a cup. Three other suspects were waiting outside, according to a press release.

The footage shows that Cope, who spotted the armed gunman as soon as he entered the store, used his rifle to shoot him from behind the counter.

The four suspects fled the scene in a stolen black BMW SUV, according to the Sheriff’s Department. Later, officers recovered firearms and additional evidence related to the attempted car burglary.

Meanwhile, Cope, who has owned the store for 55 years, had a heart attack, MailOnline reported. The media said he was rushed to a nearby hospital.

In an interview with Fox 11 News on Wednesday, Cope said he was doing “much better” than he had that night. He joked that he did not know the cause of the heart attack. “Maybe I’m just old,” he told Fox 11 News.

His message to the suspects, Cobb said, is that “this is not a good place to be.”

The suspects were tracked to the hospital. The Sheriff’s Department said the prime suspect, who remains in hospital in a critical but stable condition, is in police custody.

Three other suspects were held in a hospital parking lot and booked into prison for theft and conspiracy on $500,000 bail.