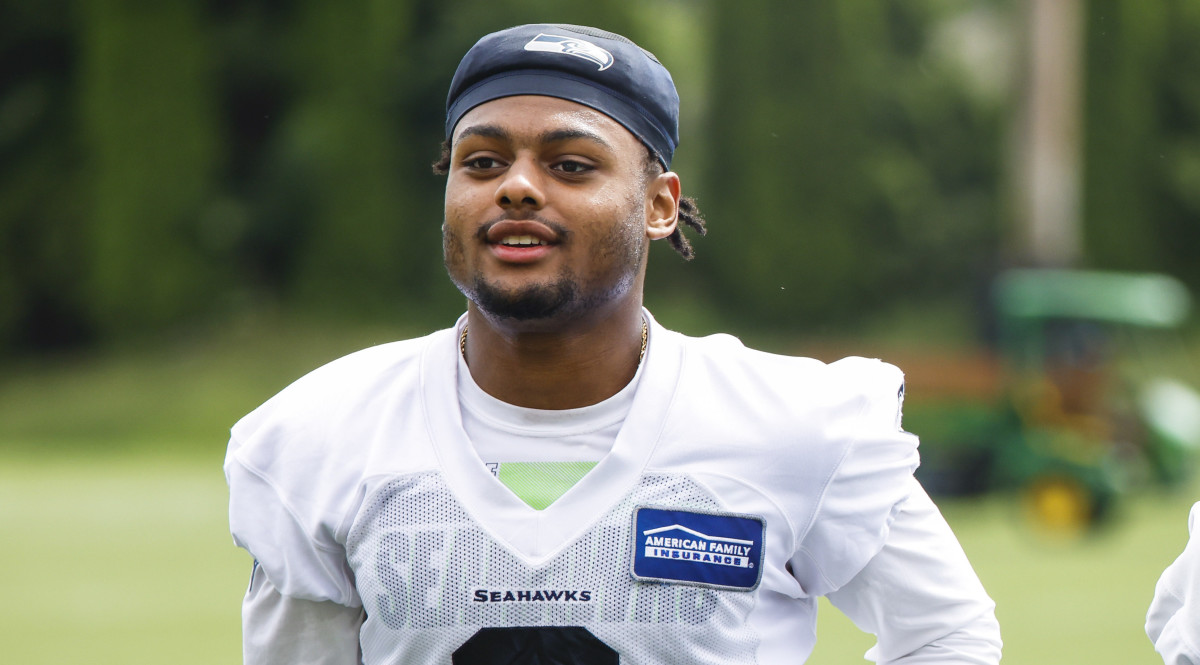 Renton, Washington – There is no summer place for an NFL like this and the day I was here the blue angels were flying around (that’s not a metaphor, they were here for an event called Seafair), the sky was crystal clear, the temperature was 80 degrees with no Humidity on the shores of Lake Washington. There was some football there too…

1) The laying of the Seattle Corner is really interesting. Reclamation Projects Artie Burns and Sidney Jones get their first crack as starters. But two rookies are pushing them. Fourth-placed Kobe Bryant, a Thorpe winner from Cincinnati, is already starting to pick up with the first team and looks like a potential run-and-play player with a chance to be there during the first week. from UTSA has impressed his teammates on both sides of the ball with his combination of size and athletic performance. Who will play where still needs to know. But the Seahawks seem to have some options in the position.

2) Bobby Wagner is gone, and his departure no doubt left a void – but with Jordyn Brooks and Cody Barton in his old position, Seattle should have a quicker look to defend than they have in the past two years (and I’m not saying either man is as good as Wagner , to be clear). Brooks, in particular, has a chance to play close to the Pro Bowl level this year based on how he navigates camp.

3) The motor skills of novice players Charles Cross and Abby Lucas have been on display since May. Cross is a really good bet to start from the left side. Lucas could end up serving as his cover. But pre-season would be a good opportunity to see where they stand as a running blocker. Both are products of Mike Leach’s offense, so there’s a drop that comes with each. The Seahawks are betting on the mindset and edge they both have in their character – Lucas has a bit of a naivety in his way of playing – but it will be important for Seattle to see that manifest in their (pre-season) stadium runs.

4) We have already named four starters. There is more. Third place runner-up Kenneth Walker, who won the Walter Camp award last year while at Michigan State, could have started the back race—and he showed the vision and second gear he did in college. Her second mate Boy Muffy squeezes juice out of the brim. There is also a seventh player who deserves attention. That would be Dareke Young, who was a quarterback in Lenoir-Rhyne’s attack on the T-Wing just two years ago, and now brings a very remarkable combination of size, toughness and speed to the receiving position in the NFL (even if he’s still very raw). Add it, and it looks like Pete Carroll and John Schneider could have a foundational class here.

5) Oh, do you want to know about quarterbacks? Jenno Smith takes on nearly all of the first-team reps (and he’s ahead), but both he and Drew Locke have more to show to the coaches between now and Monday night’s opener. Smith has to show that he can play faster than he has for the past two years in Seattle. Locke has to show that he has gotten off the mental side of the attack, having gone through a lot of training turmoil in Denver, and improving his foot mobility. The good news is that Carol doesn’t have to make a call just yet.