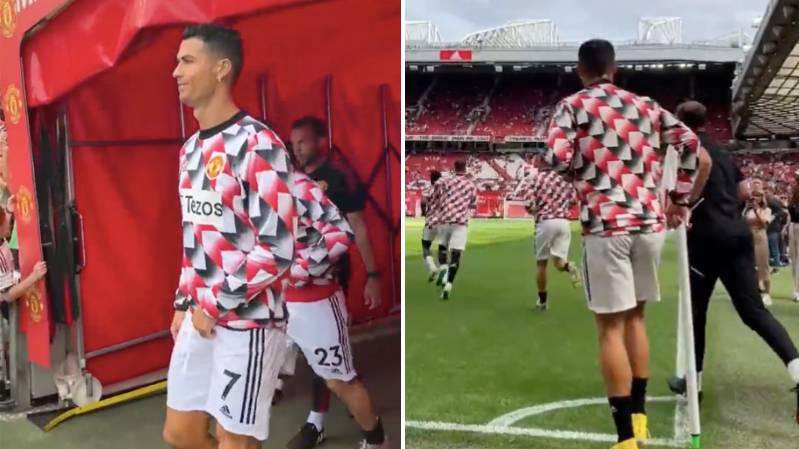 Ronaldo started as a substitute in Eric Ten Hag’s first match, which ended in defeat after Pascal Gross’ first-half brace.

Ronaldo came off the bench on Sunday afternoon as United tried to turn the score around in the second half.

There was plenty of mockery from disgruntled home fans – some of which came before the game as Ronaldo made his way onto the pitch.

United posted a clip of the five-time Ballon d’Or winner coming out of the tunnel to warm up with the rest of the substitutes, but Ronaldo’s boos were audible.

The United fan base summed up into one, Ronaldo’s boos and then he continued singing his song

Cristiano Ronaldo was booed by the Stretford End. You love to see it.

However, Roy Keane, another man who wore the Red Devils armband, believes the club cannot replace him due to a lack of options in attack.

“You can’t let Ronaldo walk out the door and think Martial will be the solution, Martial is not the answer,” Kane said on Sky Sports.

“He’s had a good preparation for the new season? A big deal.

“They don’t have enough options at the moment. That might change in the next few weeks but from a football point of view you just have to stick with Ronaldo.

“You can’t let him go when you don’t have the support behind it.”