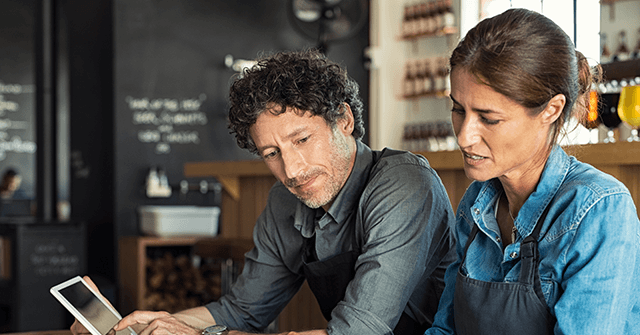 The latest release of the Senate Democrats’ reconciliation bill, known as the “Inflation Reduction Act,” would raise taxes for thousands of small and medium-sized businesses across the country, according to Americans for Tax Reform (ATR).

Senate Democrats have changed the language of the new minimum corporate book tax, which will now hit small and medium-sized businesses below the $1 billion profit threshold the tax aims to hit.

The new tax will impose a minimum tax of 15 percent on the written income of the “companies involved”. However, the recent change in the book tax will affect any private equity firm in its capital structure.

As John Karch, Vice President of ATR Communications, He said“Any business for him [private equity] In its capital structure it is now considered a subsidiary of that company and is therefore subject to a book tax of 15%.”

BREAKING: Germany Bill raises taxes on small and medium-sized businesses. Any business that has PE in its capital structure is now considered a subsidiary of that company and is therefore subject to a book tax of 15%.

Sinema needs to take herself off the bill.

As written, the provision now appears to be restructured to identify any private equity firm in its capital structure to be considered a subsidiary of that private equity firm for tax purposes. This means that these companies will now be included in the new 15 percent tax on written income.

This provision will significantly expand the scope of the minimum book tax to apply to small and medium-sized businesses that require capital investment to grow their business.

More than 18,000 companies held by mutual funds and partnerships that employ nearly 11.7 million people will be targeted by the new tax increase, according to ATR’s Kartch.

Karch called on Arizona Senator Kirsten Senema (D-D) to “clear herself off the bill” in light of her announcement Thursday that she will vote for the reconciliation bill.

In Arizona at Cinema, this tax increase will target 229 companies that employ 229,000 people. pic.twitter.com/C63qIEPgZU

So we have this Senator Mark Kelly, who says he loves small business. But we have inflation, and it’s killing business. We get this inflation because of the spending that Mark Kelly voted for. And now he’s voting again, you guessed it, will raise taxes on small businesses. Small businesses will have to pay more, 18,000 businesses across the country, hundreds in Arizona, affecting hundreds of thousands of employees soon.

“Thanks Mark Kelly. They will all have a bigger tax bill. Mark Kelly is doing more than anyone else, literally anyone in Arizona, to pull this country further in the wrong direction. It has to stop,” Masters continued.