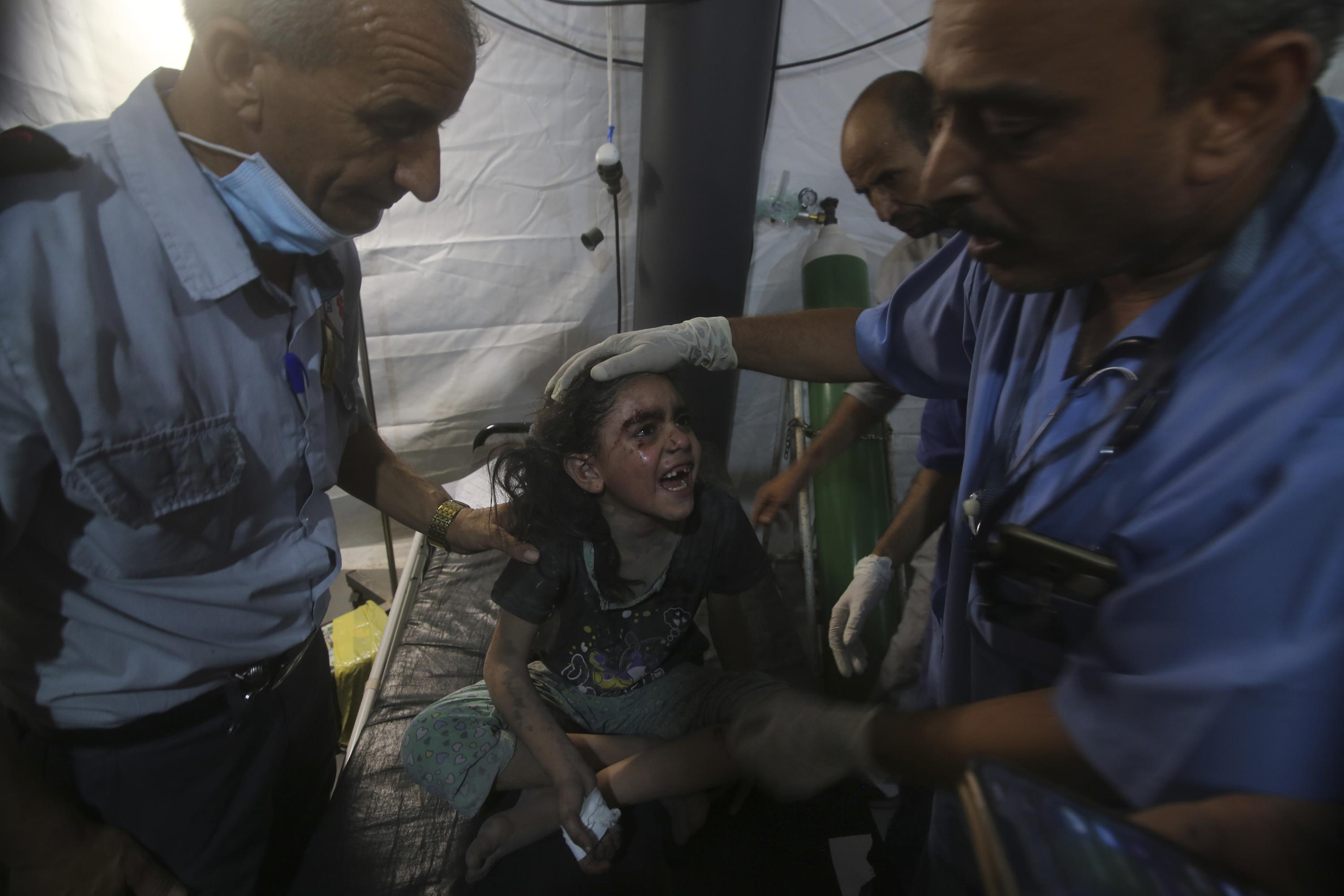 GAZA CITY, Gaza Strip (Associated Press) – An Israeli airstrike on Saturday night killed its supreme commander in the southern Gaza Strip, the Palestinian Islamic Jihad said, a day after the leader of the Iran-backed movement in northern Gaza was killed in an airstrike. It caused the worst cross-border conflict between Israel and Palestinian militants since the end of the 11-day war in 2021.

Al-Quds Brigades of the Islamic Jihad confirmed, on Sunday, that the air raid on the city of Rafah in the southern Gaza Strip resulted in the killing of its leader, Khaled Mansour, and two of his companions. It added that five other civilians, including a child and three women, were also killed in the air strike that destroyed several homes in Rafah.

The Gaza Health Ministry said on Saturday evening that 24 people had been killed so far in the coastal enclave, including six children. The figure likely does not include all those killed in the Rafah air strike because civil defense medics are still searching for bodies and survivors under the rubble.

Currently, among the dead are two high-ranking leaders of the Islamic Jihad and several other militants. Israel estimates that its air strikes have killed about 15 militants.

Militants from the Islamic Jihad movement continued to fire rockets towards Israel, and the Israeli army continued its air strikes on Gaza, although the intensity of the exchange decreased in the early hours of Sunday.

The fighting began with Israel’s killing of a prominent Islamic Jihad commander in a wave of strikes on Friday that Israel said were aimed at preventing an imminent attack.

Hamas, the largest armed group ruling Gaza, appears to remain on the fringes of the conflict for the time being, keeping its response limited. Israel and Hamas fought a war barely a year ago, one of four major conflicts and several smaller battles over the past 15 years that have resulted in heavy casualties. On the poor land population of two million Palestinians.

Whether Hamas continues to stay out of the fighting depends in part on how much punishment Israel imposes on Gaza as the rocket fire continues.

The Israeli army said that a erroneous missile fired by Palestinian militants killed civilians, including children, late Saturday evening in the town of Jabalia in the northern Gaza Strip. The military said it investigated the incident and concluded “without any doubt” that it was the result of a mistake on the part of Islamic Jihad. There was no official Palestinian comment on the incident.

A Palestinian medical worker, who was not authorized to brief the media, said on condition of anonymity that the explosion killed at least six people, including three children.

Israeli air strikes on Saturday killed a 75-year-old woman and wounded six others as they were preparing to attend a wedding. The air raids also destroyed several houses in the Gaza Strip, some of them belonging to the Islamic Jihad movement.

Gaza’s only power plant stopped at noon on Saturday due to a lack of fuel. Israel has kept its crossings into Gaza closed since Tuesday. With the new outage, Gazans can only use four hours of electricity per day, increasing their dependence on private generators and exacerbating the region’s chronic electricity crisis amid the peak summer heat.