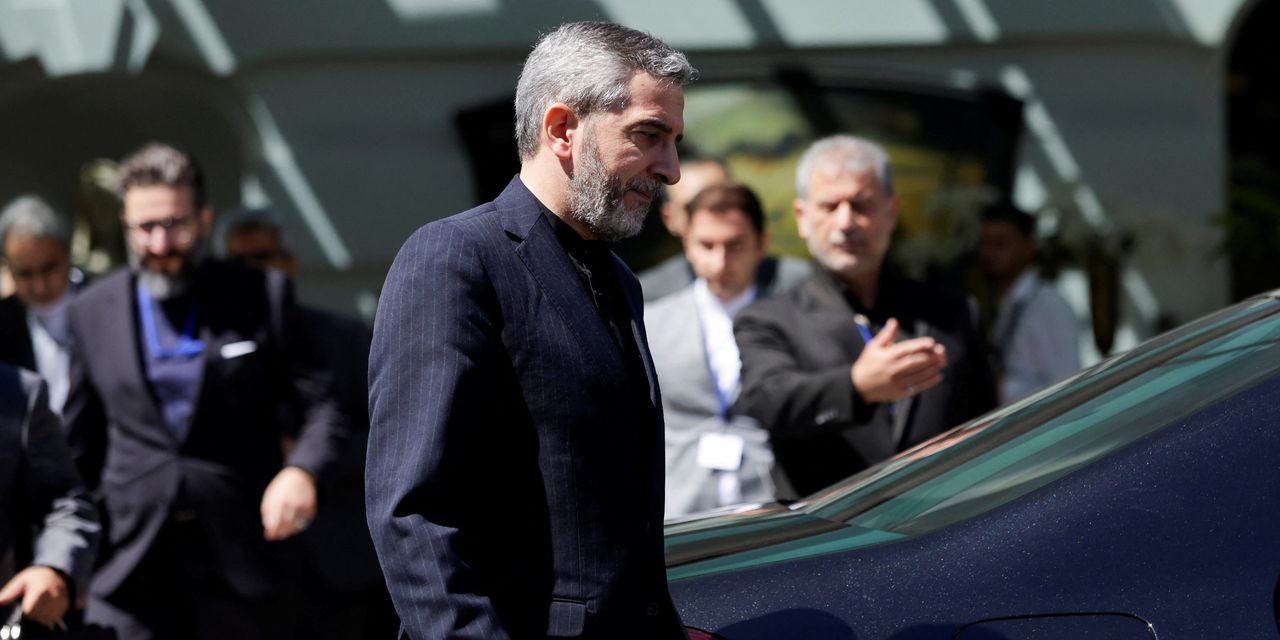 The European Union’s chief negotiator at the talks on Sunday evening said negotiations between Iran and the United States on reviving the 2015 nuclear deal were nearing conclusion, but it was still unclear whether Tehran would accept the final deal.

The coordinator of the talks, Enrique Mora of the European Union, said that the text of the agreement could be closed in the coming hours. However, Iran has yet to decide whether to set aside its demand to revive the nuclear deal only if a multi-year investigation by the United Nations Atomic Energy Agency into its nuclear program is closed.

“We were negotiating some technical questions that were open in the text,” Mora told reporters in Vienna. “We are moving forward and I expect to conclude these negotiations soon.”

The final text must be approved by Iran, the United States and the other participants in the talks, Russia, China, France, Britain and Germany. The French, UK and German chief negotiators are not currently in Vienna.

The Vienna negotiations, which have lasted 16 months so far, are aimed at agreeing steps that Washington and Tehran should take to return to compliance with the terms of the 2015 nuclear deal.

The 2015 agreement put tough but temporary limits on Iran’s nuclear program in exchange for the lifting of international sanctions on Tehran. The Trump administration pulled the United States out of the agreement in May 2018, arguing that it would not prevent Iran from obtaining nuclear weapons. Iran began breaching the nuclear limits in the agreement a year later, and since then has significantly intensified its nuclear activities.

Negotiations came close to a deal in March, but then stalled for months. But talks resumed on Thursday after Iran eased one of its remaining demands: the lifting of terrorist sanctions on elite Revolutionary Guards.

However, Iran entered talks last week insisting that the United Nations Atomic Energy Agency’s three-year investigation into undeclared nuclear materials found in the country must be closed if the nuclear deal is revived. A number of Western diplomats said, on Sunday, that Tehran has doubled down on this condition in the past few days of talks and there is no agreement on this issue.

The investigation of man-made nuclear materials in Iran is too sensitive for Tehran, which has always claimed that it has never sought nuclear weapons. Iran suspended the investigation and provided answers that the agency said were not credible.

However, Western officials said Iran needed to cooperate with the IAEA and insisted they would not interfere to close the investigation or to set a deadline for the agency’s work.

A Western diplomat said there would be no reference to Iran’s demands to close the nuclear investigation in the text of the deal being worked on.

On Monday, there will be no official negotiations due to the Iranian holy day of Ashura. However, the goal is to have the final script ready for a final decision in the coming days. It is not clear if Iran’s chief negotiator, Ali Bagheri Kani, will return to Tehran first to consult with the Iranian leadership.

“We are talking about days, not weeks” to finalize a deal, Russia’s chief negotiator at the talks, Mikhail Ulyanov, told reporters on Sunday.

Iranian Foreign Minister Hossein Amir Abdollahian said on Sunday that the success of the nuclear talks depends on Washington showing flexibility in the talks.

“We are serious about reaching a solid and stable agreement,” the Iranian Foreign Ministry said, during a conversation with UN Secretary-General Antonio Guterres. “Of course, the outcome depends on whether the United States wants to reach an agreement and whether it will show the necessary flexibility and realism in practice.”

– Arso Iqbal contributed to this article.