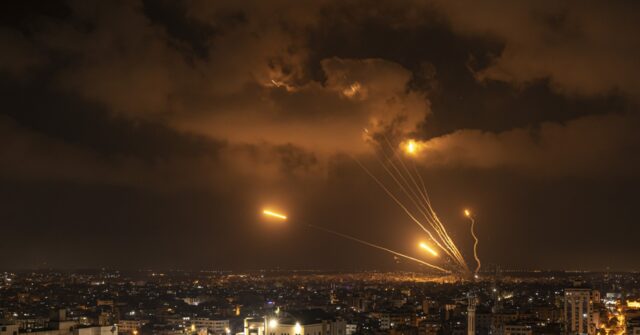 Sirens were heard in the Jerusalem area on Sunday morning, in the first repetition of rockets fired by terrorists from Gaza towards the Israeli capital since the start of the Israeli military operation two days ago.

The sirens were heard during a live broadcast of the Israeli version of the reality TV show Big Brother, which was filmed in Neve Ilan, a community on the outskirts of Jerusalem. The live stream was cut off just as the show’s contestants were seen running to hide in the safe room of the house. Until that incident, the contestants were unaware of the escalation.

The last rocket fired toward Jerusalem was in May 2021, ushering in the 11-day conflict between Israel and Hamas in Gaza.

Sunday also saw increased tensions in the capital as Jewish pilgrims ascended to the Temple Mount site in Jerusalem, the site of the two biblical temples, for the Tisha fast. Jews commemorate the destruction of the two temples in 586 BC and 70 AD respectively, at Tisha Bav, which Jews observe from Saturday night until Sunday night.

Militants from the Palestinian Islamic Jihad continued to launch dozens of rockets at Israeli towns around the Gaza border.

Palestinian terrorists in the Gaza Strip fired more than 580 rockets at Israel within 36 hours. The Israeli army said that about 120 of those missed and fell inside the Strip.

The Iron Dome missile defense system successfully intercepted 97 percent of the 220 missiles fired at civilian population centers. Sirens went off in several Israeli cities, including Tel Aviv, over the weekend, forcing Israelis to flee to shelters in bomb shelters.

The escalation began following the arrest of Bassam al-Saadi, the leader of Islamic Jihad in the West Bank, against whom the movement was seeking revenge by attacking Israeli targets around the border with Gaza. 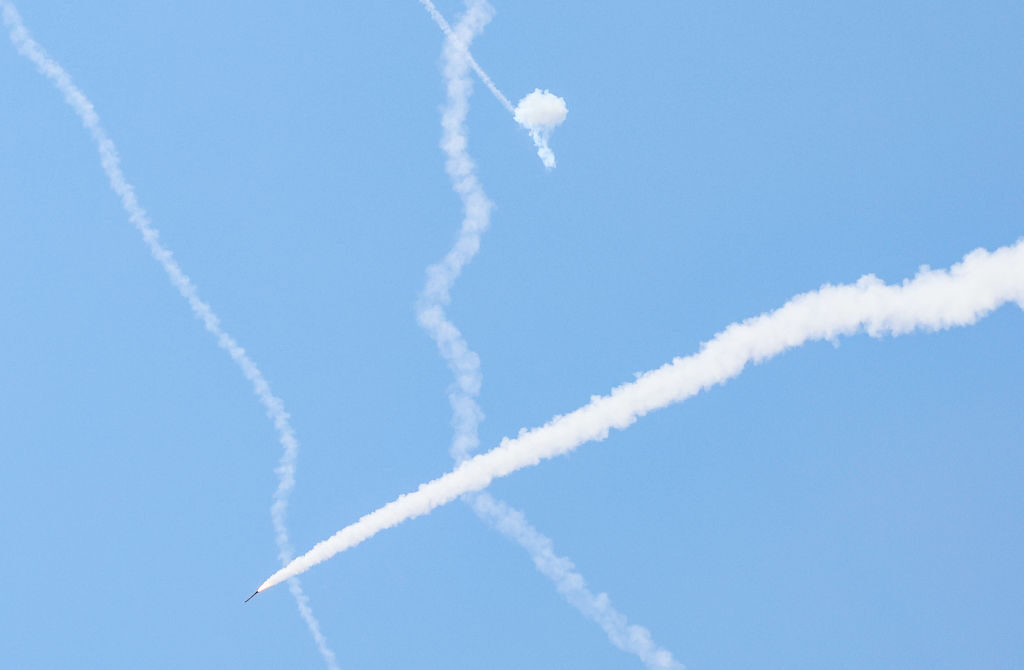 Rockets from the Israeli Iron Dome air defense system, intercept and destroy rockets fired from the Gaza Strip, on the outskirts of the southern Israeli city of Ashkelon, August 7, 2022 (JACK GUEZ/AFP via Getty Images)

He said in a cabinet meeting on Saturday evening that “Israel will continue to work without hesitation to ensure the peace of its residents.”

A day earlier, Israel assassinated the leader of the Palestinian Islamic Jihad, Taysir al-Jabari, the mastermind behind hundreds of rocket attacks during last year’s 11-day war in May.

Major General Oded Basyuk, head of the Operations Directorate in the IDF. Tell Correspondents said, on Saturday, that “all senior security officials in the Islamic Jihad Movement in Iraq” [Gaza] Gaza has been assassinated.”