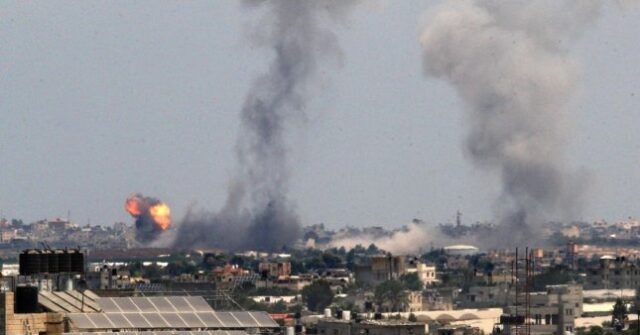 Israeli military officials said a rocket fired by Palestinian militants in the Gaza Strip on Saturday failed to achieve its target in Israel and hit a Palestinian house inside the Strip, killing a number of children.

Palestinian media blamed Israel for the attack near a mosque in the Jabalia refugee camp in northern Gaza, which saw a total of seven people killed, including four children.

But IDF officials said that no strike was carried out in that area and further added that the army’s missile detection system clearly showed that the missile was launched only because it failed and ended up exploding inside the refugee camp.

“On our radar, we see the launch and the impact and we can see that they were both failing and hitting themselves,” a spokesperson said.

A second official said: “We have videotapes that prove beyond a reasonable doubt that this is not an Israeli attack.” It has been proven unequivocally that it was a failed attempt to launch a missile by the Palestinian Islamic Jihad.”

The Israeli Channel 12 broadcast a video showing the failure of the missile launch.

BREAKING NEWS: A false terrorist missile fell from Gaza in Jabalia (Gaza), killing 9, including children. Nevertheless, Islamic Jihad blames Israel! The IDF investigated and confirmed that there was no IDF operation in that area for hours prior to the attack. pic.twitter.com/75PNAUkp4T

Islamic Jihad kills Palestinian children in Gaza. She noted that one out of every four rockets fired from Gaza towards Israel – lands inside the Gaza Strip. Iran’s proxies – including the Palestinian Islamic Jihad – have a long history of hiding behind civilians to target Israeli civilians.

“Israel will continue to stand up to this vicious terrorist organization – which threatens Israelis and Palestinians alike,” Hagiv said.

This incident is an example of Islamic Jihad harming the people of Gaza. All harm done to innocent civilians is tragic.”

Palestinian terrorists in the Gaza Strip fired more than 350 rockets at Israel in 24 hours. The Israeli army said about 100 of those missed and fell inside the Strip. The Iron Dome missile defense system successfully intercepted 95 percent of the 170 missiles fired at civilian population centers. Sirens went off in several Israeli cities, including Tel Aviv, on Saturday, and Israelis were forced to flee to shelters.

The escalation began following the arrest of Bassam al-Saadi, the leader of Islamic Jihad in the West Bank, against whom the movement was seeking revenge by attacking Israeli targets around the border with Gaza.

He said in a cabinet meeting on Saturday evening that “Israel will continue to work without hesitation to ensure the peace of its residents.”

Earlier in the evening, Israeli media reported that the Israeli army had killed Khaled Mansour, head of the Palestinian Islamic Jihad’s military wing in the southern Gaza Strip.

A day earlier, Israel assassinated the leader of the Palestinian Islamic Jihad, Taysir al-Jabari, the mastermind behind hundreds of rocket attacks during last year’s 11-day war in May.

Major General Oded Basyuk, head of the Operations Directorate in the IDF. Tell Correspondents said, on Saturday, that “all senior security officials in the Islamic Jihad Movement in Iraq” [Gaza] Gaza has been assassinated.”