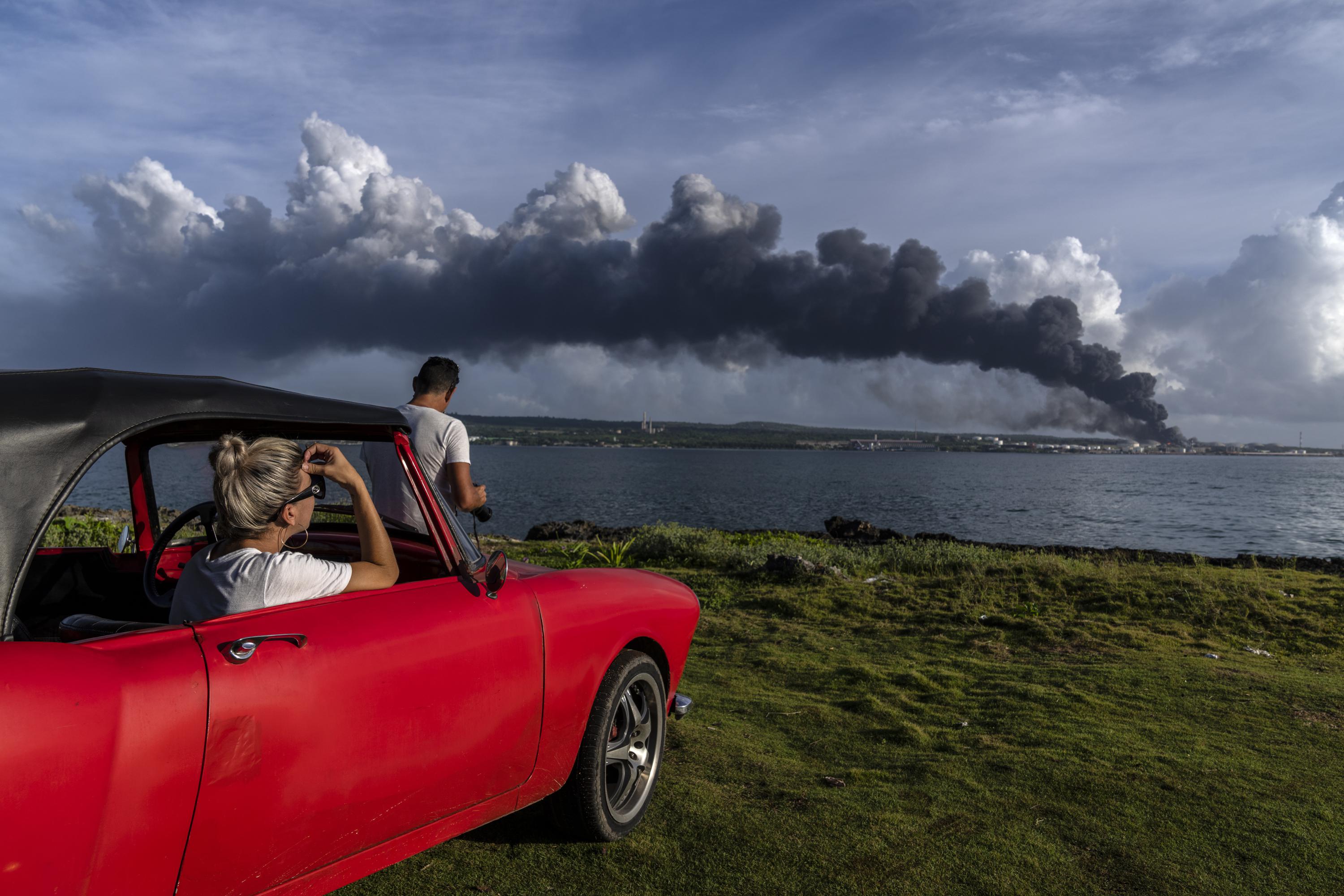 HAVANA (AFP) – Special teams sent by Mexico and Venezuela on Sunday joined Cuban firefighters in their battle for a second day to control a fire that engulfed a large oil tank farm in the western province of Matanzas.

The fire started Friday night when lightning struck a storage tank during a thunderstorm, and the fire spread to a second tank early Saturday, causing a series of explosions, officials said.

On Sunday, authorities said the body of 60-year-old firefighter Juan Carlos Santana, who was found at the site, had been identified. Officials earlier said a group of 17 firefighters had disappeared while trying to put out the flames, but there was no word on whether it was one of those.

Officials said a total of 122 people were treated for injuries, including five in critical condition.

County Governor Mario Sabines said Sunday that 4,946 people have been evacuated, mostly from the Dubruk neighborhood, which is adjacent to the Matanzas Supertanker base in the city of Matanzas. The facility’s eight huge storage tanks contain the oil used to generate electricity.

Thick black smoke rose from the tank farm and spread west over 100 kilometers (62 miles) to Havana. The Ministry of Science and Technology said, on Sunday, that the cloud contains sulfur dioxide, nitrogen oxide, carbon monoxide and other toxic substances.

The disaster comes as Cuba grapples with an economic crisis and a severe energy crisis, with frequent blackouts during a hot summer. It was not known how much fuel was lost due to the fire.

The Cuban government on Saturday appealed for help from oil nations, and specialized firefighting teams began arriving with their equipment from Mexico and Venezuela late Saturday.

“Support (is) in the prevention of hazards and also help in extinguishing the fire by cooling on the basis of water and foam,” the Mexican Brigadier General. said General Juan Bravo upon arrival. “Hopefully more support will arrive soon, such as chemicals.”

Deputy Foreign Minister Carlos Fernandez de Cosio said Saturday evening that the US government has offered technical assistance. And he said in his account on Twitter that “the proposal is in the hands of specialists for due coordination.”