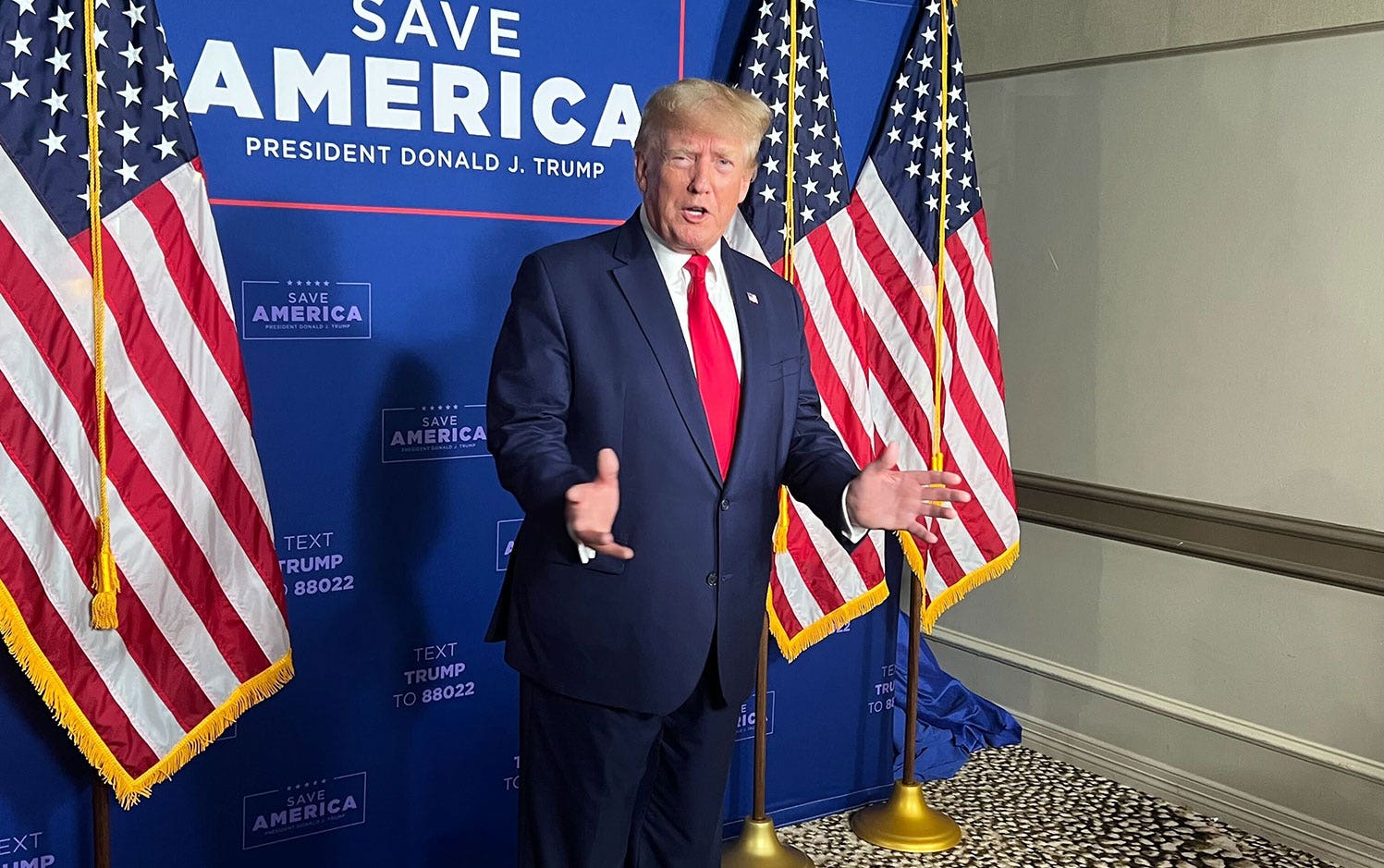 Former President Donald Trump has strongly indicated that he is preparing to run for president and has suggested an announcement coming soon.

Asked by Fox News Digital Trump, who has repeatedly said he has made a decision on the 2024 race, he was asked at the Conservative Political Action Conference (CPAC) in Texas when Republicans are expecting an official announcement.

“It’s certainly not very long, the time is coming,” the former president said. “I think people will be very happy, our country has never been in a situation like this, we have lost everything.”

Trump said that America is facing crises in both domestic and foreign policy. In particular, he said, the country’s “prestige” was damaged by President Biden’s failed withdrawal from Afghanistan.

“Our country has never been in a worse phase,” Trump said. “They gave $85 billion worth of equipment, dead soldiers, you still have Americans out there probably hostages, and eventually they’ll be hostages, there’s never been a time like this.

“We will be making an announcement in the not too distant future,” Trump added.

The comments came shortly after the CPAC released an opinion poll that showed Trump as the frontrunner for the 2024 Republican Party nomination among conservative grassroots. Trump captured nearly 70% of the vote in the convention, and Florida Governor Ron DeSantis came in second with a narrow margin of 23.7%.

Since leaving the White House in January 2021, Trump has maintained an active presence within the Republican Party.

The former president endorsed an expanded list of candidates vying for everything from local and state positions to the United States Senate.