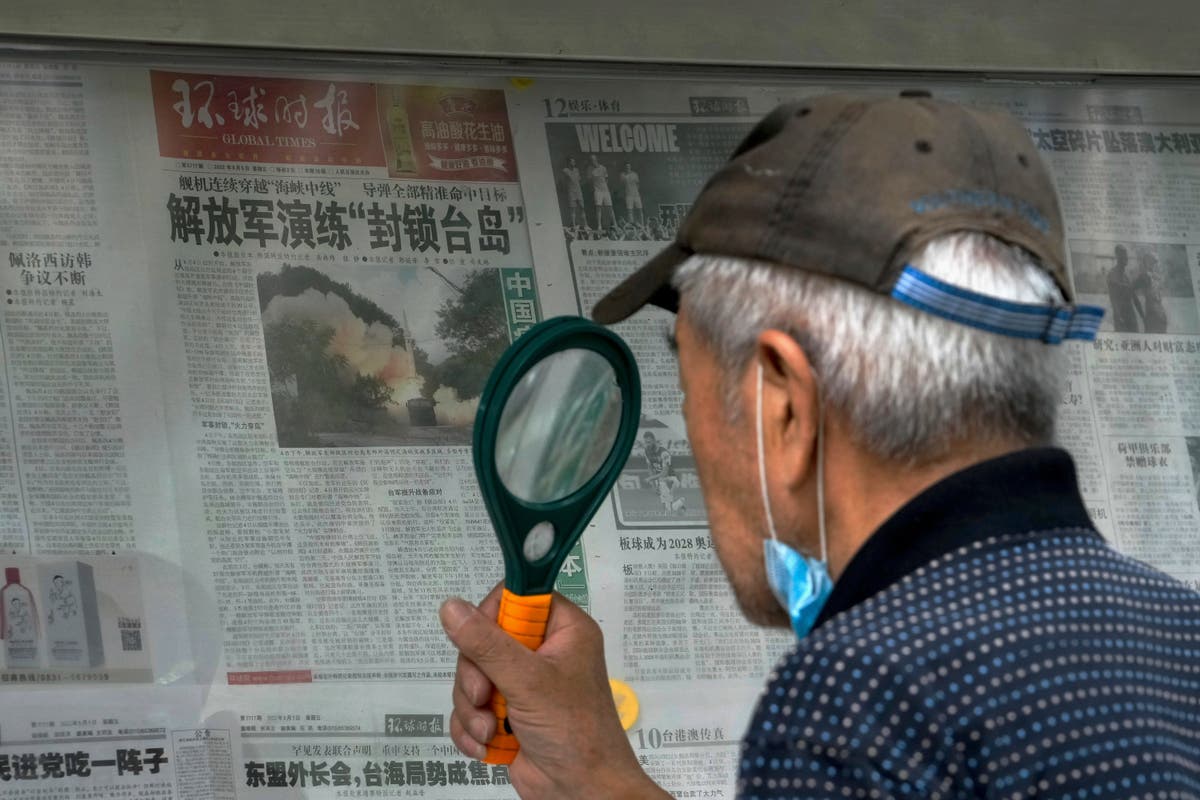 China said on Sunday it had conducted the fourth consecutive day of military exercises in the air and sea around Taiwan following a visit by US House Speaker Nancy Pelosi to the self-ruled island, despite international calls for de-escalation of tensions.

The People’s Liberation Army said the exercises focused on testing long-range air and ground strikes. She did not say whether the exercises would continue after Sunday.

Taiwan said it continued to monitor several batches of Chinese aircraft, ships and drones operating around the Taiwan Strait, which separates the island from mainland China, and “simulated attacks on Taiwan Island and our ships at sea.”

Meanwhile, the official Taiwan Central News Agency reported that the Taiwan army will conduct live-fire artillery exercises in southern Pingtung county on Tuesday and Thursday, in response to the Chinese drill.

The report, which quoted an unnamed source, said that the exercises will include snipers, combat vehicles and armored vehicles in addition to attack helicopters.

China set up no-go zones around Taiwan for the four-day drill it announced immediately after Pelosi’s trip to Taipei on Tuesday and Wednesday, which angered Beijing, which it saw as a violation of its “one China” policy. China claims Taiwan and threatens to annex it by force if necessary. The two sides split in 1949 after a civil war, but Beijing considers foreign officials’ visits to Taiwan a recognition of its sovereignty.

Taiwan’s Ministry of National Defense confirmed that its military is monitoring the situation and has sent planes and ships to respond accordingly.

Taiwan President Tsai Ing-wen called on the international community to “support democratic Taiwan” and “stop any escalation of the regional security situation.”

China has so far launched missile strikes on targets in the seas around Taiwan, and sent warships across the middle line of the Taiwan Strait. It also cut defense and climate talks with the United States and imposed sanctions on Pelosi in response to her visit.

The Biden and Pelosi administrations say the United States remains committed to the “one China” policy that recognizes Beijing as a legitimate government but allows informal and defense ties with Taipei.

But the United States has criticized Beijing’s actions in the Taiwan Strait, with White House press secretary Karen Jean-Pierre calling it “fundamentally irresponsible.”

“There is no need or reason for this escalation,” Jean-Pierre said.

Singapore’s National Security Coordinating Minister Teo Chee Hen said in a Facebook post on Saturday that US-China tensions over Taiwan are “an issue that could lead to conflict and war at the expense of all parties involved, especially the people of Taiwan”.

Tensions are having a negative impact on Southeast Asia, Teo said, adding: “We hope wisdom will prevail.”