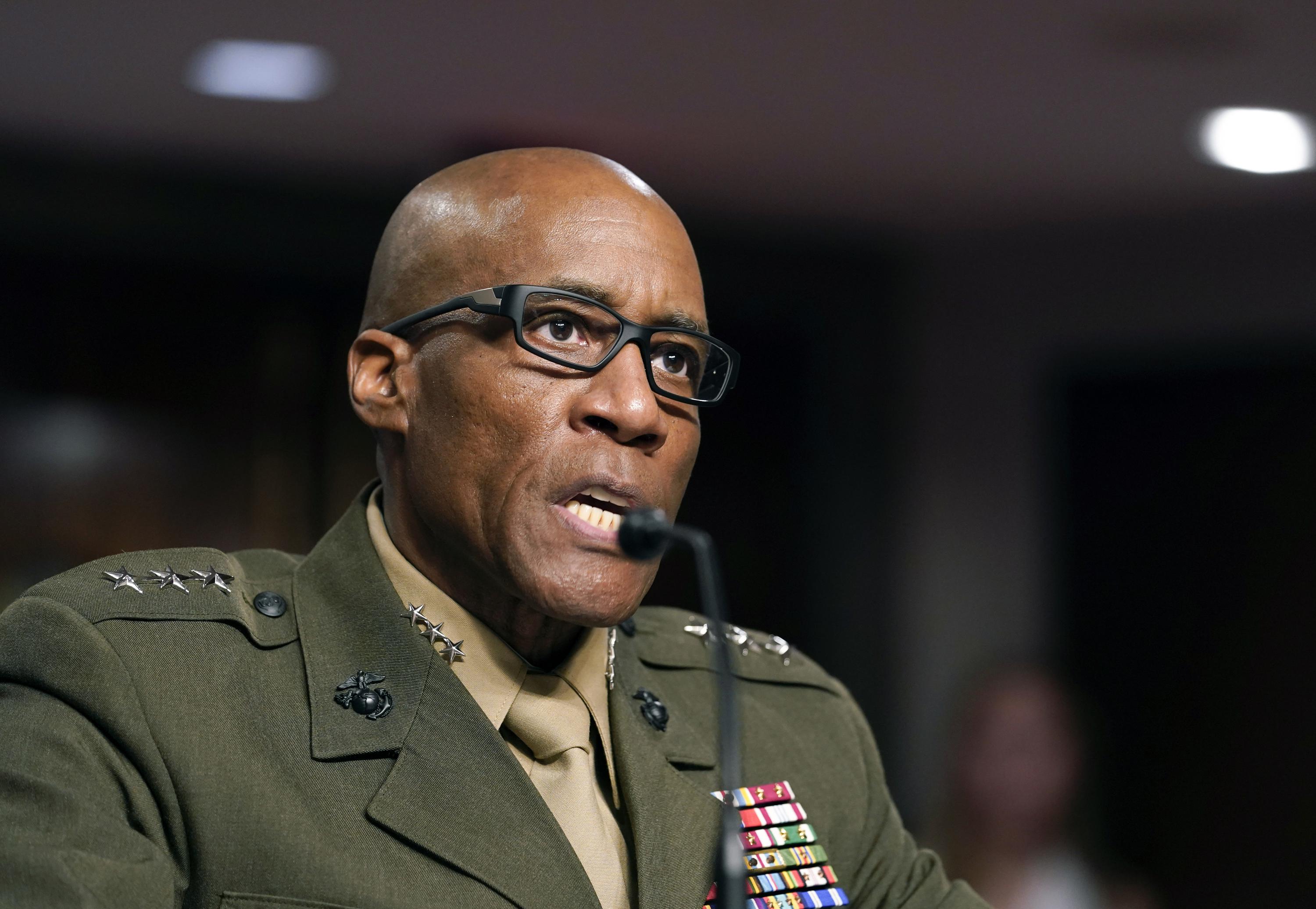 WASHINGTON (AFP) – The first four-star African-American general in the history of the Marine Corps, General Michael E. Langley, credited his father with telling him to “go high” and predicted that his promotion on Saturday would have an impact on young men.

Langley was born in Shreveport, Louisiana, and grew up on military bases where his father served in the Air Force. After graduating from the University of Texas at Arlington, he was commissioned as a second lieutenant in the Marine Corps in 1985.

“My father told me to aim high, so I aimed as high as possible and found the few and the proud,” Langley said during a party at the Marine Barracks in Washington attended by his father and other family members.

The Marine Corps, with roots in 1775, refused to accept black men into its ranks until 1942, a shift that followed the 1941 attack on the US air base at Pearl Harbor in Hawaii and the United States’ entry into World War II.

It was not until President Harry Truman’s order in 1948 that the separation of the US military services was overturned. Three decades later, the first African-American soldier was promoted to the rank of one-star general, in 1979.

Defense Secretary Lloyd Austin announced in June that President Joe Biden had nominated Langley for appointment to the rank of major general. The promotion came with the assignment of the commander of US Africa Command, based in Stuttgart, Germany. The Senate confirmed his appointment on Monday.

“The achievement and what it means to the Corps is absolutely essential,” Langley said during Saturday’s ceremony, according to the Marine Corps report. “Not because of the mark in history, but what will influence going forward, especially for those younger people throughout the community who want to look forward and see the Marine Corps as an opportunity.”