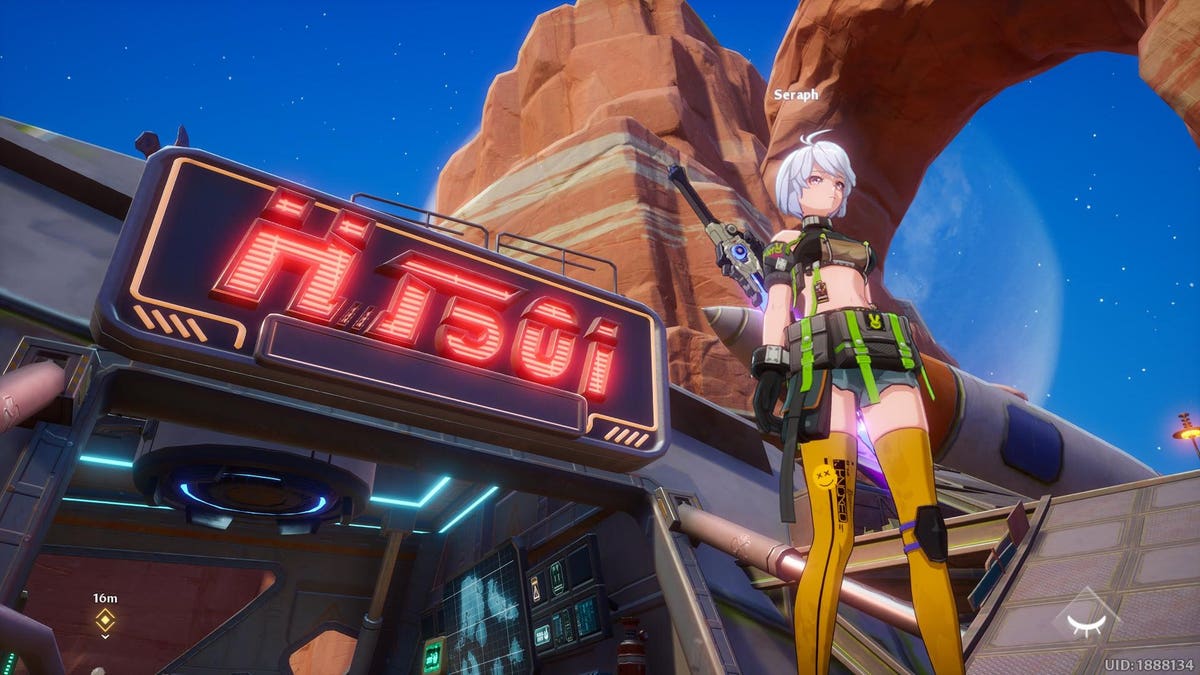 We’re on the cusp of two new big games from Chinese developers on the heels of the success of Genshin Impact, which has generated billions in revenue since its launch.

One is from developer Genshin Hoyoverse, Zenless Zone Zero, and the other is from Perfect World, Tower of Fantasy, a new MMORPG.

I’ve been playing Tower of Fantasy, and sure enough, maybe 15 minutes into the game I got to know its gacha system, a system that makes you pull powerful rare weapons and connected skins to use them. Zenless Zone Zero will also have a gacha-based character roster, and of course, gacha is the reason Genshin Impact made so much money in the first place. You don’t just pay for power, you gamble on it.

Gacha creates an interesting problem, however, if you’re into these games, something I don’t really experience with other games in the same way. With most live service games, the problem is time. As in, I can’t keep up with every new development of Destiny, Outriders, Avengers, Division and Wonderlands at the same time. But if you want to stay updated? Paying $10 for a new season or $20-40 for an expansion isn’t the end of the world.

But josha? this is different. While Genshin Impact does a good job of giving players a great deal of freedom to basically play the entire game without spending money, they do equally Well made attractive characters and weapons Wants to spend money. And spend the money I have.

Now, this has created a weird situation where I feel so invested in Genshin Impact, that I’m discontinuing these other games of the same genre, because I don’t want/can’t start a gacha “collection” that has finished from scratch. It’s hard to imagine investing in Tower of Fantasy or Zenless Zone Zero rather than continuing with Genshin as they keep adding new content and areas.

In the case of the Hoyoverse, this becomes a cannibal. It is easy to see how the situation arises where a player may have an interest in both ZZZ and Genshin, but not the budget for both. So they either spend less on Genshin or don’t care about ZZZ in the first place.

In the case of Perfect World, if you have designed your entire monetization system to reflect a competitor, it is better to offer a more compelling product than that competitor. It’s not a traditional game where you just have to convince the player to spend $60 to get a chest copy, Tower of Fantasy has to deal with trying to attract Genshin players who have spent tens, hundreds, or even thousands of dollars within this ecosystem, and tell them they’ll need to start with them. all over again, or stick with perma-f2p.

The thing in gacha… it works. There’s a lot of revenue on the table here with this model, which some consider predatory, and maybe those sacrifices are just fine. Hoyoverse no Care Where you spend, as long as you spend with them somewhere. And even if the Tower of Fantasy does 20% of Genshin’s distances, that’s still huge.

I still wonder about the long-term sustainability of the gacha. If this becomes a popular revenue path, I’m wondering what kind of eats itself because it’s not sustainable for the player. Or it becomes an instant stop before the game starts, aka, I’m less interesting in Tower of Fantasy Because It’s a gacha, and Genshin has taught me how much a tub can be. This also looks like something trending toward potential regulation, now that the “loot boxes” are doomed to fail in so many places. It’s the same concept, but frankly, worse in many ways.

There’s definitely some West versus East stuff here, as gacha is more common and accepted in Asia, and it’s just starting to raise its head in the West with games like this, but it’s something I definitely want to keep an eye on, and see how well this perpetuates on the big arc of the trend.