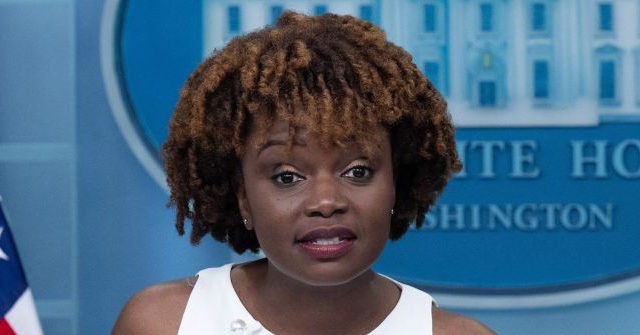 The claim: The labor force participation rate fell in July due to the small number of working teens.

On Friday, after Labor Department job numbers showed the labor force participation rate fell from 62.2 percent to 62.1 percent even though employers took on 528,000 new workers, White House spokeswoman Karen Jean-Pierre claimed that the drop was ” It’s about teenagers.”

Doocy: “Why do you think people keep pulling out of the job market?”

Jean-Pierre: “The engagement has really intensified.”

Jean-Pierre: “The tick that occurred this month … related to adolescents.” pic.twitter.com/uolhOrn93c

While the teen participation rate in July fell from a seasonally adjusted 36.6 to 35.8, this represented a decline in the number of teens in the workforce to 126,000. This contributed to the decline but contributed less than the decline in the number of adult men in the workforce.
Men aged twenty or older saw their labor force participation rate fall from 70.1 to 69.9. While it is smaller in percentage terms than the teen drop, it was larger in absolute terms because it represented a 183,000 drop in participation. As a result, more adult men than teens contributed to the lower participation rate. The data shows that men between the ages of twenty-five and thirty-four saw their labor force participation fall by 136 thousand, which is a decrease from 88.9 to 88.3.