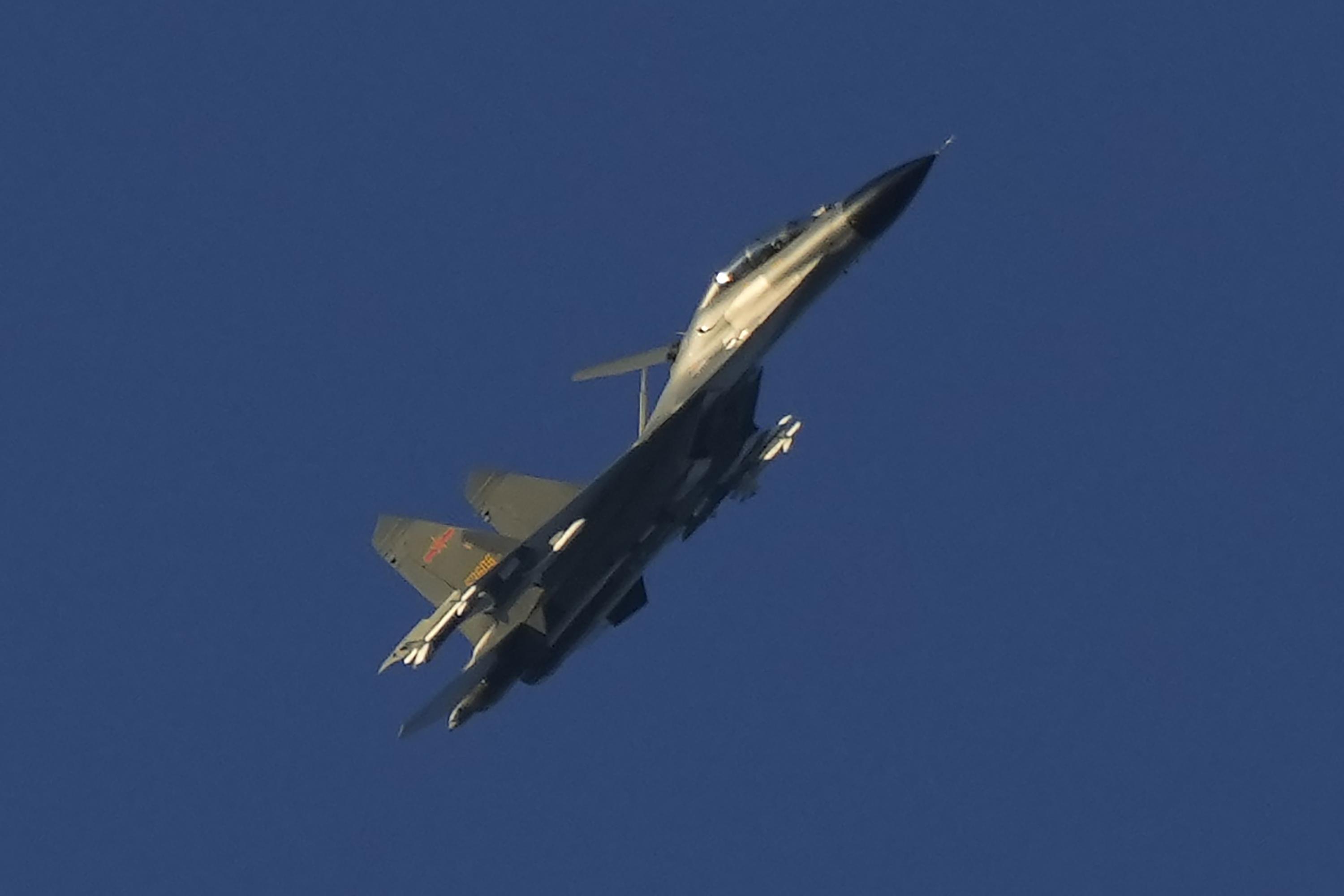 BEIJING (AFP) – Taiwan said Saturday that Chinese military exercises appeared to simulate an attack on the self-governing island, after several Chinese warships and planes crossed the middle line of the Taiwan Strait.

Taiwan’s Ministry of National Defense said on Twitter that Taiwan’s armed forces had issued an alert, sent air and sea patrols across the island and activated land-based missile systems in response to the situation.

China launched live-fire military exercises following US House Speaker Nancy Pelosi’s visit to Taiwan earlier this week, saying her visit violated the “one China” policy. China considers the island a breakaway province to be annexed by force if necessary, and foreign officials’ visits to Taiwan are considered recognition of its sovereignty.

The four drones, which Taiwan believes are Chinese, have been spotted over waters around the Kinmen group of islands, Liu Island and nearby Baiding Island, according to Taiwan’s Kinmen Defense Command.

“Our government and military are closely monitoring China’s military exercises and information warfare operations, and are ready to respond as necessary,” Taiwan President Tsai Ing-wen said in a tweet.

“I call on the international community to support democratic Taiwan and stop any escalation of the regional security situation,” she added.

Kinmen, also known as Quemoy, is a group of islands administered by Taiwan. The islands are located about 10 kilometers (6.2 mi) east of the Chinese port city of Xiamen in Fujian Province.

The Chinese military exercises began on Thursday and are expected to continue until Sunday. So far, the exercises have included missile strikes on targets in the seas north and south of the island in a repeat of China’s last major military exercises in 1995 and 1996 aimed at intimidating Taiwan’s leaders and voters.

Taiwan has put its military on alert and conducted civil defense exercises, while the United States has many naval assets in the region.

The Biden and Pelosi administrations said the United States remains committed to the “one China” policy, which recognizes Beijing as the government of China but allows informal and defense ties with Taipei. The administration discouraged Pelosi, but did not stop it.

China also cut defense talks with the United States and imposed sanctions on Pelosi in response to the visit.

Pelosi has been a longtime advocate for human rights in China. She and other lawmakers visited Beijing’s Tiananmen Square in 1991 in support of democracy, two years after a bloody military crackdown against protesters in the square.