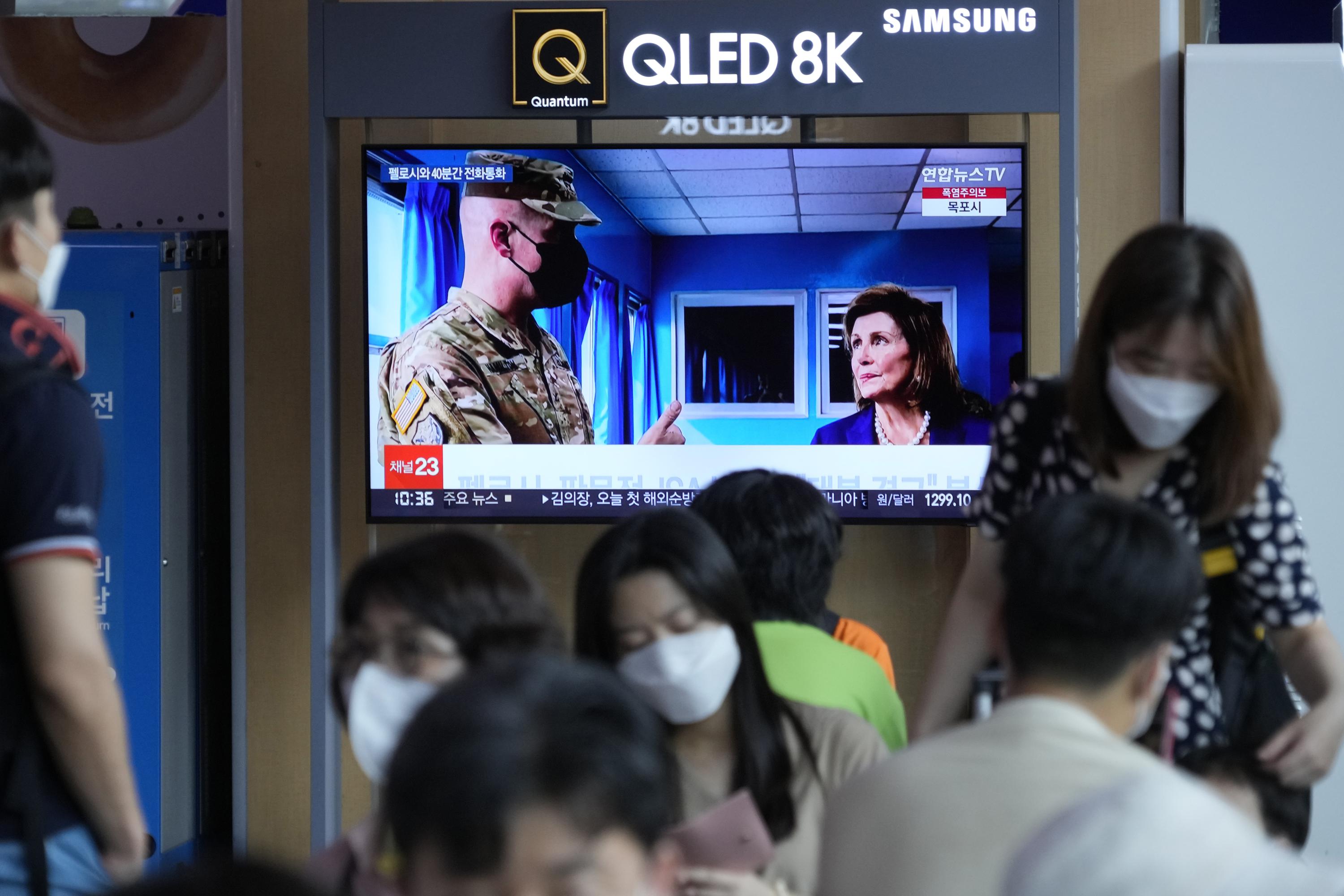 Pelosi traveled to South Korea after visiting Taiwan, which prompted China to launch military exercises including a missile strike drill in waters near the autonomous island. China considers Taiwan part of its territory, which must be annexed by force if necessary.

While in South Korea, Pelosi visited a border area with North Korea and discussed North Korea’s nuclear program with South Korean National Assembly Speaker Kim Jin-pyo. According to Kim, the two sides agreed to support their governments’ endeavors to denuclearize and bring peace to the Korean Peninsula based on strong and expanded deterrence against the North and diplomacy.

On Saturday, Jo Young-sam, director-general of the North Korean Foreign Ministry’s Department of Press and Information Affairs, criticized Pelosi for her visit to the border and her discussion of anti-North Korean deterrence.

“Pelosi, who was subjected to a barrage of due criticism from China for destroying regional peace and stability through her visit to Taiwan, raised an atmosphere of confrontation” with North Korea during her stay in South Korea, Jo said in a statement carried by state media. .

“It would be a huge mistake for her to think that she can be without flaws on the Korean peninsula,” Jo warned. “The United States will have to pay a heavy price for all the sources of trouble it has created wherever it goes.”

Pelosi’s visit to the Joint Security Area on the Korean border on Thursday made her the highest-ranking American to go there since President Donald Trump visited in 2019 to meet with North Korean leader Kim Jong Un.

Located within the world’s most fortified border, this area is under joint control by the United Nations Command led by the United States and North Korea. US presidents and other senior officials have previously traveled to the region to reaffirm their security commitment to South Korea in times of hostilities with North Korea.

During her visit to the JSA, Pelosi did not make any strong public statements against North Korea. She uploaded several photos from the JSA to Twitter and wrote, “We have conveyed the gratitude of Congress and the country for national service to our members who stand as guardians of democracy on the Korean Peninsula.”

Pelosi said in a separate statement that she and Kim, the speaker of the South Korean parliament, “reaffirmed our commitment to the US-Korea alliance to enhance security, strengthen our supply chains, and increase trade and investment that benefit our two countries.”

Tensions on the Korean peninsula remain high in the wake of North Korea’s missile test earlier this year. US and South Korean officials say North Korea is ready to conduct its first nuclear weapons test in five years.

North Korea said it will not return to denuclearization talks and instead focus on expanding its nuclear program unless the United States abandons its hostile policies, an apparent reference to US-led international sanctions on North Korea and regular military exercises with South Korea.

After Pelosi visited Taiwan and reaffirmed Washington’s commitment to defending democracy on the autonomous island, North Korea on Wednesday issued a statement attacking the United States and supporting China, its main ally and biggest aid donor.

Pelosi was the first female House speaker to visit Taiwan in 25 years.