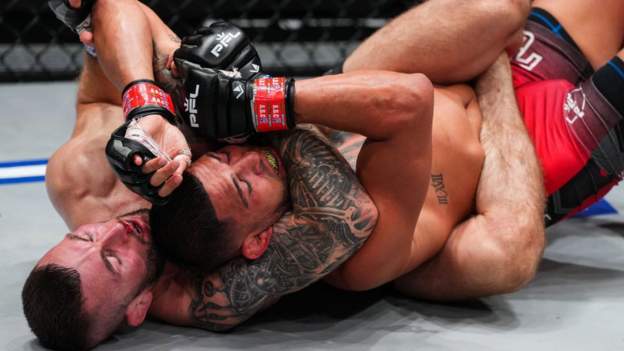 Scotsman Stevie Ray will battle for a $1 million prize after beating Anthony Pettis to secure a spot in the PFL Lightweight Final.

Ray is the first British fighter to compete for the $1 million (£828,328) PFL prize and will face Canadian Olivier Aubin-Mercer for the world title on November 25.

The victory is a big moment for Ray, whose career spanned 12 years with a five-year stint in the UFC.

This is the first time he has challenged Ray for a world title for a major promotion.

Ray once again used his wrestling skills against Pettis, controlling large parts of the fight but was unable to present the American superstar as he did in June.

It’s the 25th win in Ray’s career, and the Scot is now just one win away from becoming a lightweight champion and taking home a great prize money.

Manchester’s Brendan Lovnan could join Ray in the final, albeit in the featherweight category, if he beats American competitor Chris Wade.

Loughnane faces Wade on home soil In London on August 20 At the premiere of the PFL in the UK capital.