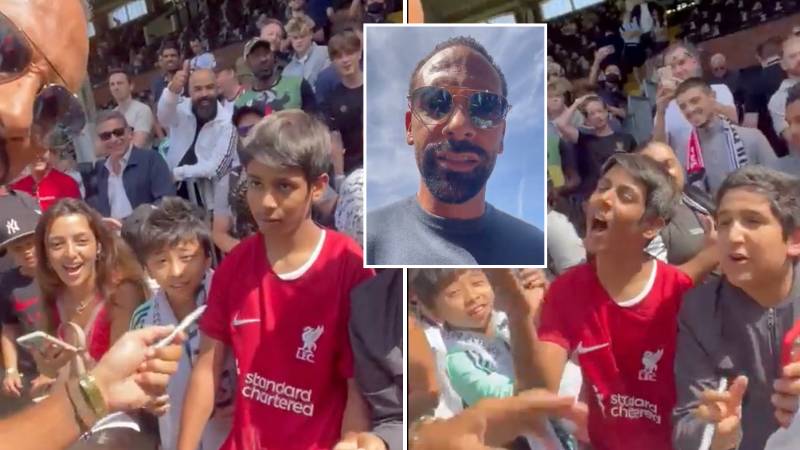 Ferdinand is part of the experienced BT Sport team on the Liverpool lunch trip to Craven Cottage and before the match he spent time taking pictures and signing autographs with fans.

But the Manchester United legend politely refused to put his signature on the head of a fan who was in the Fulham division but was wearing the new Liverpool shirt.

Ferdinand took pictures of the exchange and posted the clip on social media. The fan can be heard asking the former England defender, “Can you sign this?” – He replied: “He just asked me to sign the Liverpool shirt, are you crazy?”.

The fan friend had something signed, but when Ferdinand was told he was a Liverpool fan, he joked, “Give me that back!”.

Ferdinand made 455 appearances for rivals Liverpool United after joining from Leeds in 2002 and went on to win six Premier League titles.

However, he previously scored previously to declare his admiration for Liverpool when he was growing up.

He told MUTV in 2009: “As a kid, Liverpool were the team that did really well, with the likes of John Barnes and John Aldridge, and United really didn’t win anything.”

On my property [in Peckham]All my friends were Liverpool fans.

“But I was more of a fan of the players than a fan of the clubs. Players like John Barnes, Paul Incy, Paul Gascoigne.

“But once United came for me, there was no thought. I was afraid that if I didn’t take the chance, I might not get it again.”