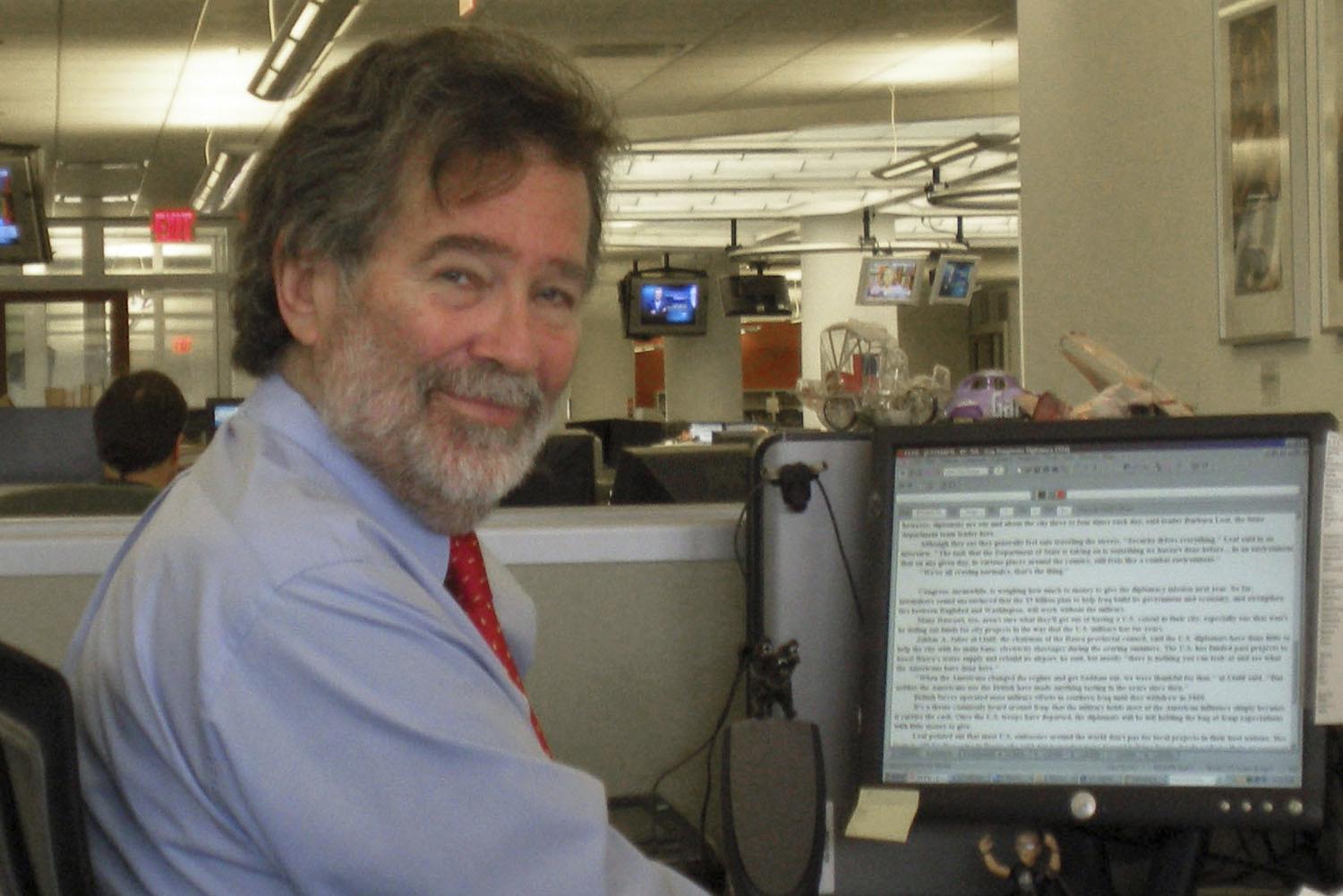 NEW YORK (Associated Press) — Marcus Eliasson, the international journalist whose insightful reporting, sparkling prose and skilful editing carried the news wires of the Associated Press for nearly half a century, has died. He was 75 years old.

His family said he was diagnosed with Alzheimer’s disease, developed pneumonia earlier this week in a nursing home, and died Friday in a New York hospital.

From Israel and the Six-Day War of 1967 to apartheid-era South Africa and then to the Afghan battlefields, bloody Belfast, the fall of the Iron Curtain, the rendition of Hong Kong and countless timelines and stories, Eliasson has watched and reported on some of the greatest events. World events in the last decades of the twentieth century. And when that century drew to a close, it was Eliasson’s touch that greeted the new century.

“From east to west and north to south, the world welcomed the new millennium in a shimmering tapestry of song and light that rippled across the globe,” the Associated Press lead article on January 1, 2000.

By then, he had moved on to his last position, from which he retired in 2014, as New York-based editor for some of the Associated Press’s biggest stories and projects—and finally, as editor-in-chief of Global Stories, a valuable guiding hand to dozens of AP reporters around the world.

“An AP classic has disappeared,” said Luis de Bocardi, former president and CEO of the Associated Press. “Even a quick glance at the outlines of his missions, whether abroad or here at home, says it all. If a task was challenging and needed a steady hand, then Marcus was often the choice.”

Jack Marcus Eliasson was born on October 19, 1946 to Jewish parents who were immigrants from Europe and raised in Bulawayo, Rhodesia. At the age of 20, after a brief apprenticeship at the Jerusalem Post in Israel, Eliasson joined the Associated Press’s Tel Aviv office as a messenger and “drill” trainee or operator of the Telex machine used to transmit stories.

A month later, on June 6, 1967, the Arab-Israeli conflict known as the Six Day War broke out. When the new employee arrived at work and was disciplined for not rushing to work earlier, he told of having to buy emergency groceries for his mom, dig a bomb shelter in the backyard, pick up stranded hikers, etc.

“Don’t stand there talking about it, boy,” an old hand murmured. “Write it.”

He did so, kicking off his stellar career in the news and being promoted to Staff Reporter a year later. Once asked how he learned to write so well, he replied: “By beating the fine copy of journalists at the Associated Press office in Tel Aviv.”

During the 1970s, Eliasson’s writings topped some of the biggest stories from the Middle East: terrorist attacks and Israeli government unrest, another Arab-Israeli war, and Anwar Sadat’s history-making visit to Jerusalem in 1977.

Anwar Sadat, the president of Egypt, landed in Israel on a peace mission. The time was 7:59 pm on Saturday, November 19.” “For the Israelis, and for the Egyptians as well, it was more wonderful than Neil Armstrong’s foot touching the moon.”

In 1978, Eliasson was sent to the Paris office of the Associated Press, where among many other tasks he covered the exiled Ayatollah Ruhollah Khomeini while leading the Islamic Revolution in Iran from afar.

After a stint in Israel, Eliasson moved to London, where he rose to the position of news editor. His skilful reporting and notable prose featured in one of the AP’s major “writing desks,” whether covering the bloodshed in the Northern Ireland “Troubles” or having fun with British eccentrics like “the world’s worst poet” William McCongal.

Eliasson of Dundee wrote: “Scotland prides itself on its poets, and there is no town without a statue of Robert Burns, Sir Walter Scott, or Robert Louis Stevenson.” “But I remember the great McGonagall in his hometown, and his reactions range from a joyous chuckle to an agonizing silence.”

He then returned to Israel, this time as bureau chief, leading a team of award-winning reporters and photojournalists in the 1990s, overseeing the constant flow of news of the Palestinian uprisings, sporadic Arab-Israel peace talks, Israeli political battles and Scud missiles. Attacks from Saddam Hussein’s Iraq. From there, he moved on to his last international assignment, in Hong Kong, where he did coverage of the 1997 handover of the British colony to Chinese control, writing throughout.

Over the decades, the Associated Press has harnessed the talents of the great Israeli, socialite with a South African accent—a high school graduate whose reading and voracious store of knowledge often amazed his classmates—to take on temporary assignments in some of the world’s hottest locations, in some of the most important stories of the era.

He was a reporter from Afghanistan after the 1979 Soviet invasion and from his native South Africa during the worst anti-apartheid unrest. After the fall of the Berlin Wall in 1989, the Associated Press sent Eliasson to travel along the borders of the former Iron Curtain to meet ordinary citizens and write an in-depth report on the meaning of that epic chapter in 20th-century history.

In 1997, he left Hong Kong for AP headquarters in New York and served as lead editor for articles from around the world, becoming a recognized mentor and understanding mentor to a cadre of young foreign correspondents, from Beijing to Berlin to Buenos Aires.

“He was one of the heroes of journalism that I had when I was a young writer — those wonderful, unattainable lines,” said one of those reporters, Ted Anthony, director of the Associated Press’s new storytelling and innovation in the newsroom. “Then he became the greatest editor I have ever seen, an amazing combination of encouragement and enforcer. And a dear friend.”

When he retired after 47 uninterrupted years with the Associated Press, Eliasson said, “I’m a man who has worked his whole life. No fellowships, no vacations, no parental leave. I had a lot of excitement for it.”

Leaving his office for the last time, he heard the applause of the spacious newsroom of the Associated Press in New York. He later wrote: “It was a gracious spontaneous gesture that reminded me once again how lucky I was.” “The Associated Press was one of the lucky ones,” Bocardi said.

Eliasson is survived by his wife Eva, daughter Avital, and son David.

Charles J. Hanley was a writer and editor for the Associated Press from 1968 to 2011.