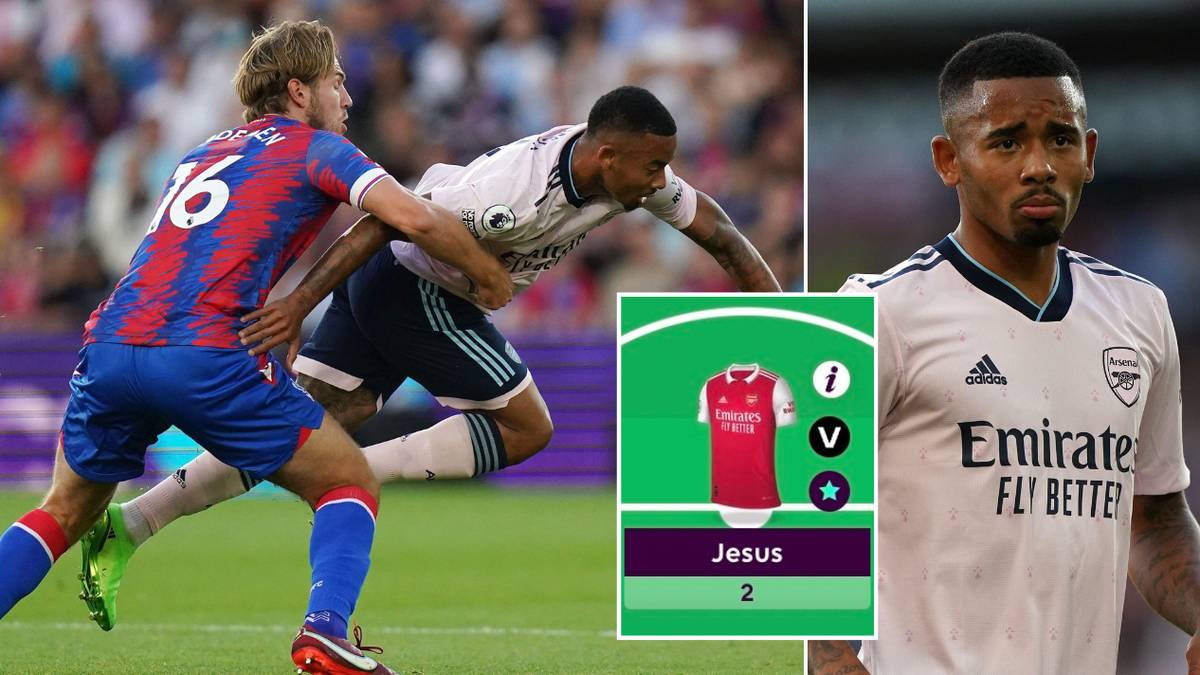 72.5 per cent of players chose the ex-Manchester City striker in their squad after he scored seven goals in pre-season for Arsenal.

He made his debut for Mikel Arteta’s side on Friday night when he faced Crystal Palace at Selhurst Park in his first game of the new season.

Jesus tormented Palace’s defense throughout the first half and came close to scoring a superb solo goal.

But the Brazil international faded after the half-time break and was unable to score before being substituted in the final 10 minutes.

After the match, Sky Sports analyst Gary Neville called Jesus an “electrician” and “magician”, while teammate Jamie Carragher praised the Brazilian as “exciting” in the first half.

But hundreds of FPL players were not convinced by Jesus’ performance.

The official FPL Twitter account confirmed that 610 players had already sold Jesus within minutes of the match ending.

One fan wrote on Twitter: “Talk about my retro.”

Another added: “610 managers don’t know how to play FPL.”

The most dangerous in attack but he didn’t score so he took him out. These clowns 😂

Arsenal coach Arteta was quick to praise Jesus after the match and said the Brazilian had given his team a “fear factor” going forward.

“He’s always on your shoulder, the ball bounces, the 50th ball, he’s always had that intuition, that ability to get the ball out of you,” Arteta told Sky Sports.