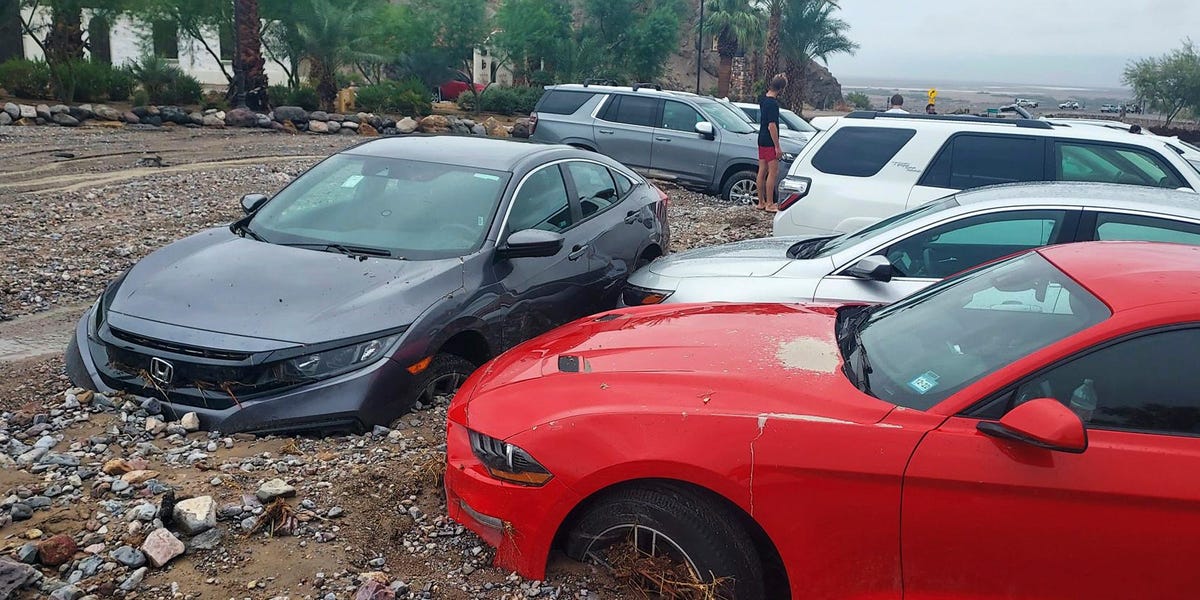 About 1,000 people are stranded in Death Valley National Park after it was closed following floods due to unprecedented rainfall.

National Park Service It reported that about 500 visitors and 500 employees were unable to leave the park on Friday. According to the agency, many facilities, including hotels, were inundated with water. At the Inn at Death Valley in California, 60 cars were buried under several feet of debris.

The park got 1.46 inches of rain, breaking the current record of 1.47 inches, according to the NPS.

“All roads in and out of the park are currently closed and will remain closed until park staff can assess the extent of the situation,” NPS said.

In addition, the floods forced litter boxes into cars that collided with each other, according to the NPS. No injuries were reported but there were no further details of the 1,000 stranded in the park.

CNN It reported that some guests left the country despite the floods and road closures on Friday. Abby Waynes, Park’s public affairs officer, told CNN that “no one is stopping” visitors from leaving if they want to.

Roads remain closed Saturday afternoon, according to updates NPS website. The rain has stopped, but more is expected later this week. High temperatures in the park this week exceeded 100 degrees.

California Department of Transportation He warned that Route 190 remains closed and drivers should not attempt to “go around any closures to get to the park”. The agency said the cleaning process is underway and progress updates will be sent on their social media sites.

“Many roads across the park were badly damaged by the storm and are unsafe to drive on,” the agency said.