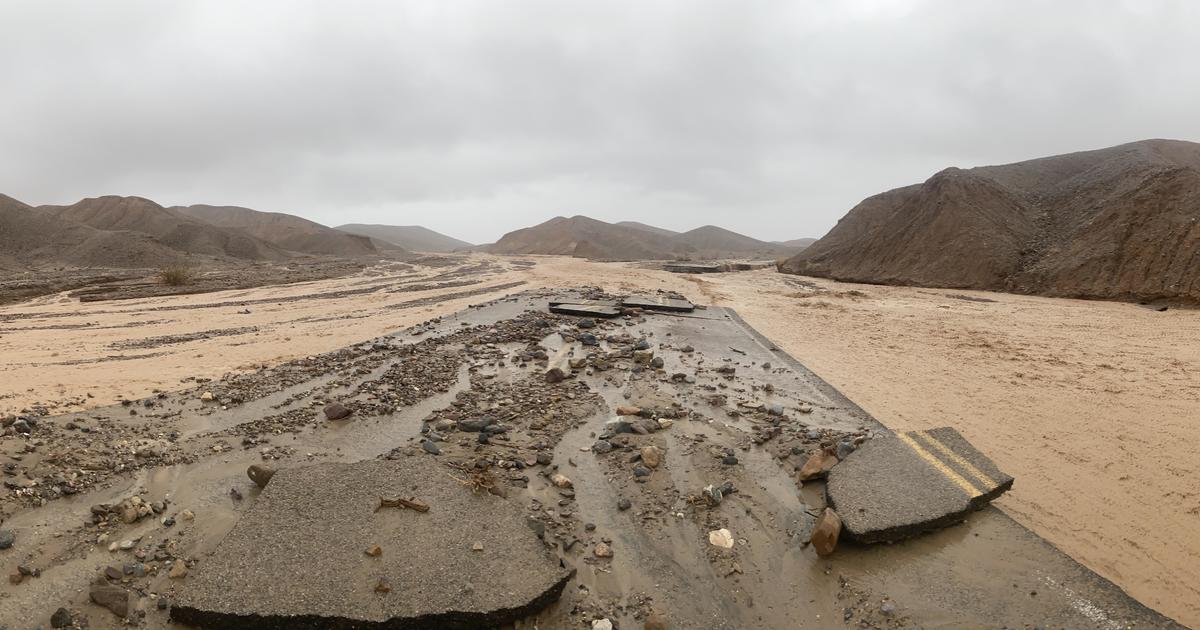 Flash floods in Death Valley National Park caused by heavy rain on Friday buried cars, forced officials to close all roads in and out of the park and stranded about 1,000 people, officials said.

The park near the California-Nevada state line received at least 1.7 inches of rain in the Furness Creek area, which park officials said in a statement represented “almost a full year of rain one morning.” The park averages 1.9 inches of annual precipitation.

Park officials said about 60 cars were buried under the rubble and about 500 visitors and 500 park workers were stranded. There were no immediate reports of injuries and the California Department of Transportation estimated it would take four to six hours to open a road that would allow park visitors to leave.

This was the second major flood event in the park this week. Some roads were closed Monday after they were engulfed in mud and debris from the torrential rains that hit western Nevada and northern Arizona hard.

John Cerlin, a photographer for an Arizona-based adventure company, said the rain started around 2 a.m., and he witnessed the flooding while sitting on a hillside boulder as he was trying to capture photos of lightning as the storm approached.

“It was more extreme than anything I’ve seen there,” said Cerlin, who lives in Chandler, Arizona and has been visiting the park since 2016. He’s the lead guide to amazing weather adventures, and he’s got his start on storm chases in Minnesota. and the high plains of the nineties.

“I’ve never seen it before that the whole trees and rocks are drifting away,” he said in a phone interview on Friday afternoon. “The noise from some of the boulders falling on the mountain was unbelievable.”

“A lot of the washes were flowing several feet deep,” he said. “Maybe there were 3 or 4 feet of rock covering the road.”

Cerlin said it took about 6 hours to drive about 35 miles of the park near the lodge in Death Valley.

“There were at least twenty cars that crashed and stumbled there,” he said, adding that he had not seen anyone injured “or any major rescue operations in the water.”

During Friday’s rainstorms, the park’s statement said, “the flood waters pushed trash cans into parked cars, causing cars to collide with each other. In addition, water inundated many facilities including hotel rooms and commercial offices.”

The statement said the water system it provides to park and office residents also failed after a line that was being repaired was broken.

The National Weather Service said the flash flood warning for the park and surrounding area expired at 12:45 p.m. Friday, but the flood warning remained in effect through the evening.