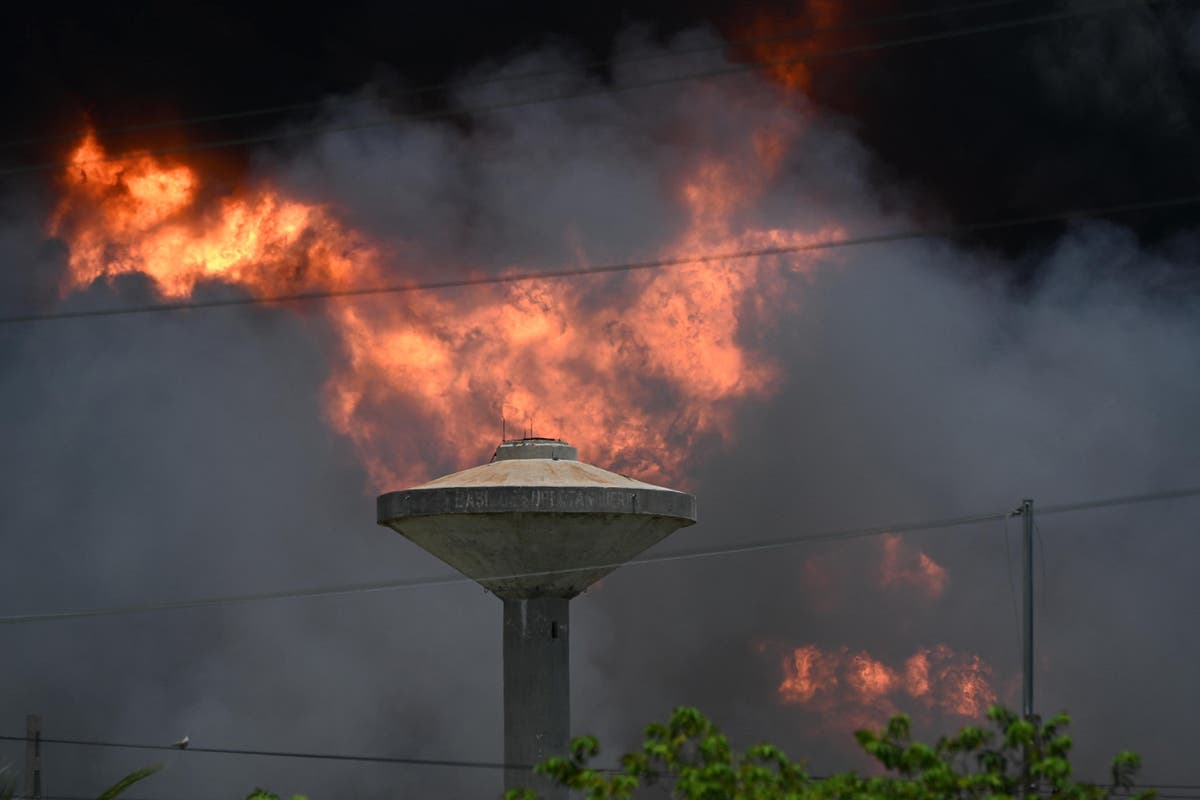 Dozens were injured and 17 firefighters were missing after lightning struck fuel storage tanks at the port of a supertanker in Cuba, causing violent explosions and fires.

The fire broke out during a thunderstorm Friday night in the city of Matanzas and raged uncontrollably on Saturday even as fire crews struggled to put it out.

The official Cuban news agency said a lightning strike set an oil tank on fire at the giant Matanzas base and the fire later spread to a second fuel storage container.

Cuban state television reported that at least 67 people were injured in four explosions, and 17 firefighters remained unaccounted for. Civilians have already been evacuated from the area.

Health Minister Jose Angel Portal Miranda said in a tweet that three of the injured were in critical condition and 15 were in a “serious” condition.

Seven patients were transferred to hospitals in the capital, Havana.

President Miguel Diaz-Canel visited the place, 80 miles east of Havana, around midnight Friday and returned in the morning as state television broadcast live coverage of the unfolding disaster.

Mr. Diaz-Canel posted on Twitter before the second explosion that first responders were “trying to avoid the spread of flames and any fuel spills” in Matanzas Bay.

A subsequent tweet from his office said Cuba was asking for help from “friendly” countries with expertise in the oil sector.

By Saturday morning, the fire seemed completely out of control, threatening other nearby fuel storage tanks as smoke reached Havana, more than 60 miles away.

“I was in the gym when I felt the first blast. A plume of smoke and horrific fire billowed into the sky,” said resident Adele Gonzalez, adding that the city “smelt a strong sulfur smell.”

A medic at the scene, who asked not to be identified, said by phone that cold water was pouring into nearby tanks.

The fire comes as Cuba suffers from daily blackouts and fuel shortages, and problems are likely to be exacerbated by the fire.

The region has eight large reservoirs, each with a capacity of 300,000 barrels, said Jorge Pinon, director of the University of Texas at Austin’s Energy and Environment Program in Latin America and the Caribbean.

“The area is a fuel recharging point for various thermoelectric plants, not just the one nearby, so this could be very bad news for the power grid,” he said.