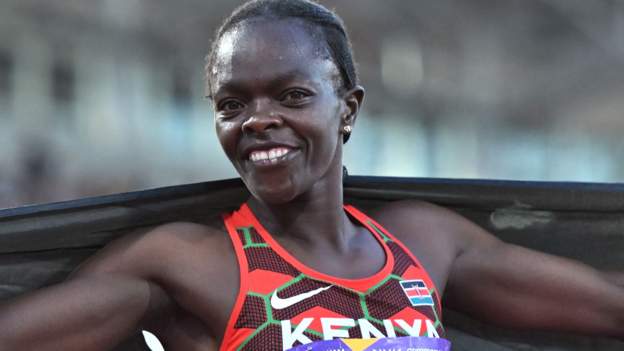 Mary Mora of Kenya smashed Kelly Hodgkinson and Anglo-Scottish fencer Laura Muir to win gold at the Commonwealth Games for the 800 metres.

Scotsman Muir took the bronze, a hundredth of a second ahead of Jamaican Natoya Jules.

Muir will have another chance for glory in the 1500m final on Sunday.

However, Hodgkinson said she was “furious” about missing out on her chance to win her first international title in front of a home crowd.

“I’m not sure what happened, it just went really fast,” the world and Olympic silver medalist told BBC Sport.

“On the first lap I went a little hard, maybe I could have been a little patient.

“There are positives but I want gold so I’m furious. I wanted to stand on top of that podium in front of my home crowd.

“Unfortunately, I got the silver again. But I have another chance.”

Hodgkinson, like Muir, is part of a top British team that travels to Munich for next week’s European Championships.

They, like the winner, will undoubtedly review this action-packed race before they reach Germany.

At first it seemed that Mora had misjudged her speed, moving away from the pack in the opening 300 metres, before slowing down around the bell.

But there was still plenty of sting in her legs, and while Hodgkinson and Muir tried to raise the pressure 200 meters from the house, Mora tracked them down and found a cog off either.

As Hodgkinson and Muir strutted down track after line, Mora gleefully launched a celebratory dance for the television cameras.

Other than US Olympic champion and world champion Athing Mo, Mora is the only athlete to beat Hodgkinson over the 800m this year.

She triumphed in Stockholm in June with a similarly fierce throw from her home ground, and the former specialist in the 400m, who changed hands only two laps last year, looks set to turn the rivalry between Mo and Hodgkinson into a triple drama.

Earlier in the evening, Jamaica’s Janev Russell maintained her composure to defend her title in the 400m hurdles as her compatriot Rachel Clayton came out fast and faded faster. Clayton finished fourth, one place ahead of England’s Jesse Knight