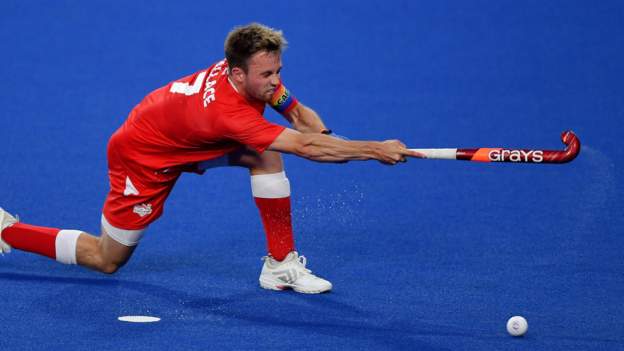 England’s men will face South Africa for the Commonwealth Hockey Bronze after their 3-2 defeat to perennial champions Australia.

In the second quarter, the host country had a 2-0 lead over the world seed.

But Australia – which won gold every time hockey was included in the Games – quickly hit back, completing the comeback with 10 minutes left to frustrate the roaring crowd.

The bronze medal match begins at 09:00 GMT on Monday.

Phil Roper scored the first goal for the hosts, hitting the ball directly from the goalkeeper’s legs to take a 1-0 lead.

Then captain Zach Wallace scored a penalty before Australian Blake Govers scored from the penalty spot to make it 2-1 in the first half.

Australia continued to put pressure on England in the third quarter and Jacob Anderson eventually got the equalizer.

Daniel Bale scored the goal that gave Australia the lead, and three-time Commonwealth bronze medalist England fought back in a desperate attempt to get them to the penalty shootout, but were unable to find a third.

England can still win the gold in the women’s event and play Australia in the final at 15:00 BST on Sunday.