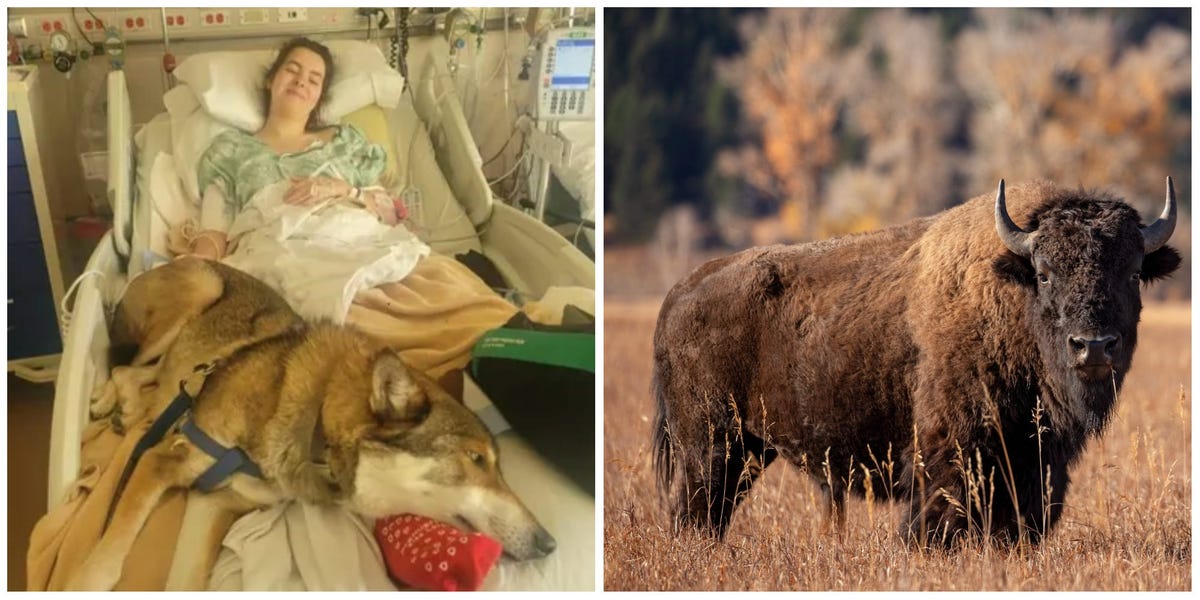 Her family said a teenage girl was left unable to walk after she was gored by a bison in South Dakota, and time is running out to raise money for treatment.

Amelia “Mia” Dean, 19, from the UK, who was about to start a dance degree at the University of Edinburgh, became unable to walk after being accused by a bison man in Custer State Park in South Dakota.

According to Sky NewsThe animal impaled Amelia Dean in her left thigh before throwing her “head over her heels” 10-15 feet in the air. When the accident happened, Dean was walking on a trail with a friend and a dog. The 2,000-pound bison stood above its “sound” after the attack for several minutes.

The outlet reported that Dean sustained severe injuries, including a severed femoral artery and severe damage to her tibial and peroneal nerves.

She was on the second day of a month-long road trip around the United States when the attack occurred in June.

She said as she spoke from her hospital bed in Rapid City, South Dakota Local news station KOTA-TV He said the experience was “surreal”.

The bison was about 100 feet away and seemed unfazed at first and continued to graze but suddenly turned aggressive and charged Dean.

Her parents said their daughter survived the accident “unlucky”, saying she “should have bled within 2-8 minutes after the severed artery, and the ambulance didn’t arrive for 20 minutes”.

They said, “It is a miracle that she is alive today. We believe that God put a veil of protection on Mia.”

The family made emotional statements on a GoFundMe page for their daughter. They are raising money for major surgery to allow her to walk again.

Her parents wrote: “This might be Mia’s best chance to regain control of her foot, and time is running out.”

“She’s been incredibly strong through this whole process, coming close to death, and she’s still struggling now and yet she remains positive,” Page says.