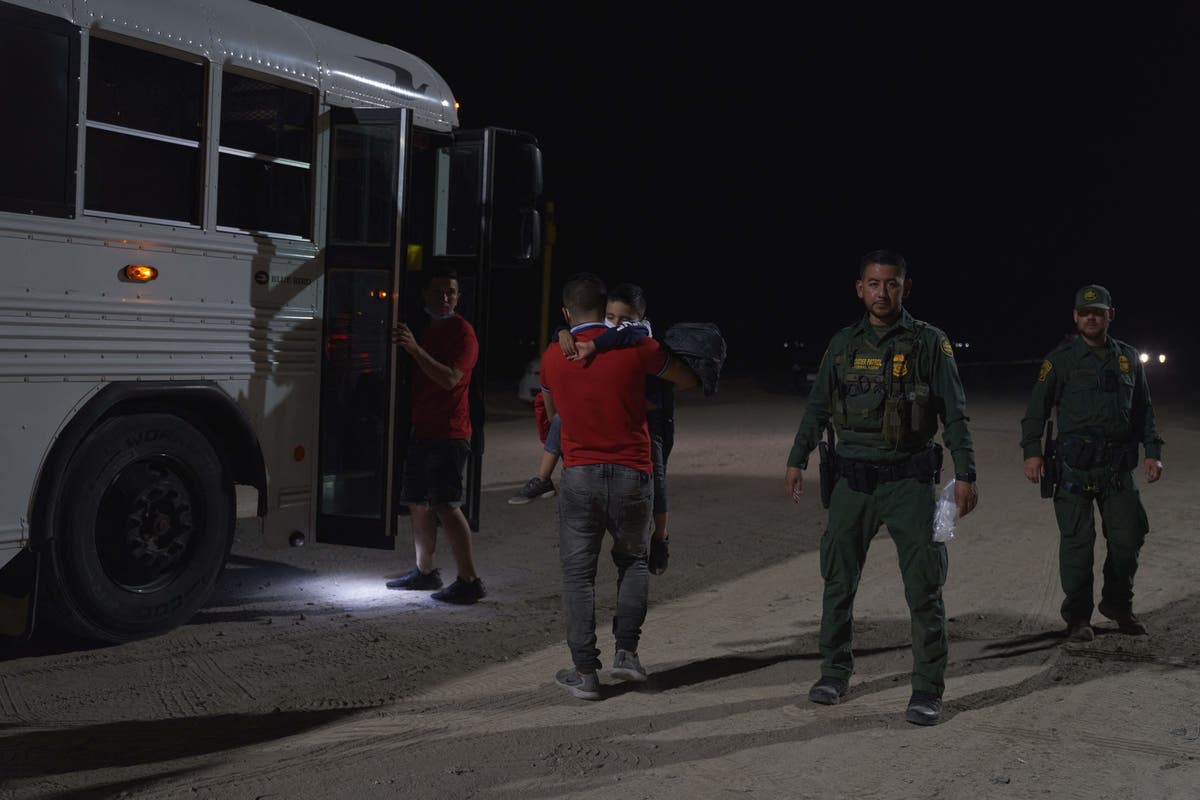 Abuse of Sikh immigrants at the US-Mexico border is reported to be more widespread than previously thought.

U.S. Customs and Border Patrol agents in multiple sectors allegedly threw hundreds of sacred turbans belonging to Sikh border-crossers in the trash, depriving migrants of religiously imposed vegetarian meals, and instead ordering cider and crackers or telling them they might be “starving”. , “According to inquiry from Arizona Luminariaciting unnamed border aid workers familiar with the abuse.

“When I gave him a turban to cover his hair, a Sikh man started crying and kissed the cloth,” one person told the outlets, recalling “a group of vegetarian Sikhs who said they had been surviving on cider and biscuits for seven days.”

Aid workers used to buy lengths of cloth themselves so that the migrants could make new turbans for themselves.

Earlier this week, the American Civil Liberties Union wrote to the agency, highlighting “serious violations of religious freedom” in at least 64 cases in the Border Day sector in the past two months, according to the legal organization.

The ACLU wrote in a letter to the agency on August 1, referring to the official Border Patrol policy that the officers: “By confiscating and not returning the turbans of Sikhs, CBP is directly interfering with their religious practice and forcing them to violate their religious beliefs.” “Be cognizant of the individual’s religious beliefs while carrying out executive action in a dignified and respectful manner.”

Sikh immigrants, many of whom are fleeing persecution in India from Prime Minister Narendra Modi’s ruling Hindu party, the Bharatiya Janata, described the humiliating treatment.

“They told me to take off my turban. I know a little English, and I said, ‘That’s my religion.’ But they insisted,” one of the men told The Intercept, which first published the ACLU letter. Clients even insisted that the man’s Sikh underwear be cut out for security.

The border guards said earlier this week that they are opening an internal investigation into the allegations and taking unspecified steps to “remediate the situation.”

“We expect CBP officers to treat all migrants we encounter with respect,” the CBP Commissioner Chris Magnus He said in an email statement earlier this week.

In June, an ombudsman from the Department of Homeland Security, which oversees Border Patrol, visited a facility in Phoenix and was alerted to complaints of religious abuse, according to the ACLU.

“We are talking about Sikh immigrants specifically who flee their country because of religious persecution… they make a very painful journey to the United States, and upon entry they are then forced to remove a sacred part of their religion, which is a basic tenet of their belief system,” Vanessa Pineda, Immigrant Rights Officer Advocate for the Arizona Civil Liberties Union, He told CNN.

These reports indicate that the agency has been aware of the problem for weeks with no apparent change.

“We take allegations of this nature very seriously,” the Border Patrol said. independent in the current situation.

It declined to answer what specific steps have been taken to address allegations of abuse, or when the internal investigation is over.

last year, independent mentioned That the first person killed in a hate crime after 9/11 was a Sikh man named Balbir Singh Sodhi, who owned a gas station in Arizona. Sodhi was shot dead by a racist gunman on September 15, 2001, the same day his employer donated to the 9/11 Relief Fund.

Since then, Sikhs have been the target of other hate incidents, and they have also been selected for placement in immigration and gas screening databases at US airports.