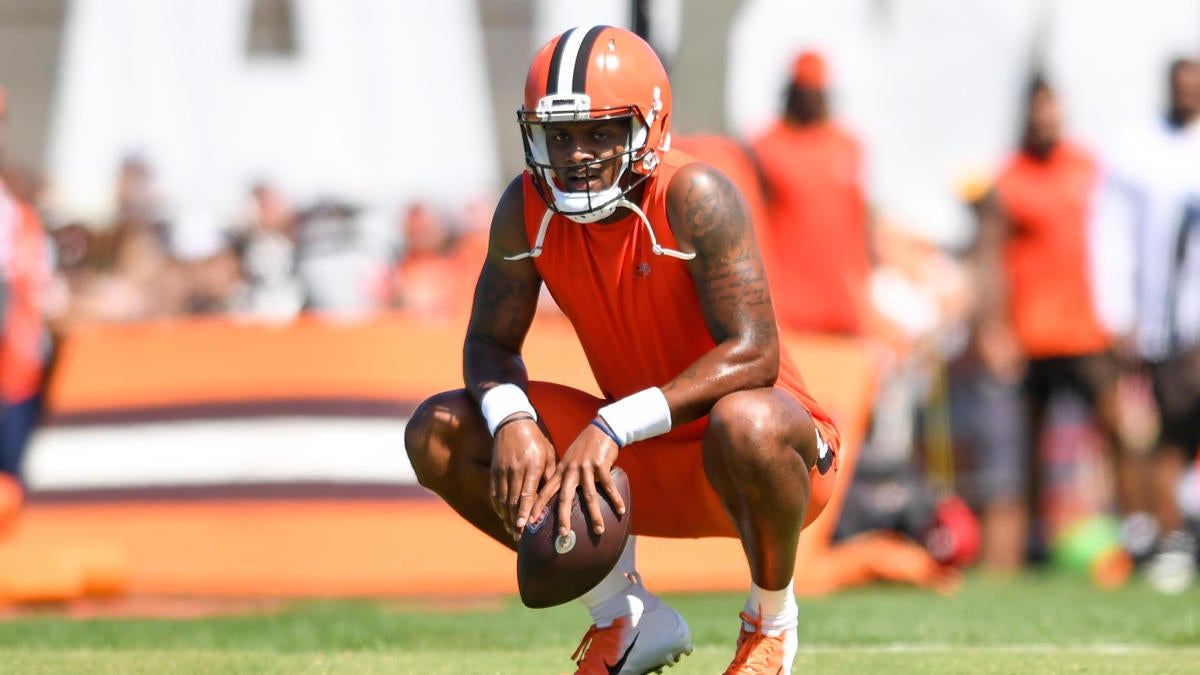 Welcome to the Friday edition of the Pick Six newsletter!

After waiting 172 days, we finally got an NFL game on Thursday night and it was amazing. Sure, it was a little boring and somewhat sloppy and, yes, we got subjected to three straight hours of Jaguars football, but it was still football, which is better than no football.

Coming up in today’s newsletter, we’ll be looking at the good, the bad and the ugly from the Raiders’ 27-11 win over Jacksonville, plus we’ll be giving you an early preview of this weekend’s Hall of Fame enshrinement ceremony in Canton, Ohio.

As always, here’s your weekly reminder to tell all your friends to sign up for the newsletter. All you have to do is click here and then share the link. Let’s get to the rundown.

For the past week-and-a-half on the podcast, we’ve been previewing each NFL division by asking several burning questions that each team needs to answer before the start of the season.

For today’s episode, I joined Will Brinson and we spent roughly 45 minutes trying to answer every burning question we could think of for each NFC South team. Although the Buccaneers seem like a lock to win the division, even they have a few questions. For instance, will Tom Brady finally regress? Will Todd Bowles actually be a good coach? Can they overcome the loss of Rob Gronkowski and three starting offensive linemen (Ali Marpet, Alex Cappa, Ryan Jensen)?

Besides the Buccaneers, the other three teams have plenty of questions and one of the biggest questions in the NFC South is: Can Jameis Winston deliver a big season for the Saints?

“I am hesitant to think that Jameis Winston is going to step in this season off an ACL injury and magically be this efficient quarterback that everyone wants him to be, and let’s not forget, he won’t have Sean Payton [like he did last year]. I don’t think Jameis is going to do what people think he’s going to do.”

I actually agreed with pretty much everything Brinson said about Winston. With Payton as his coach, Winston played well in two games last season, but was very average in the other five. Not only is Payton gone, but the Saints might be missing one of their best offensive players to start the season and that’s Alvin Kamara. The running back is involved a legal situation that could lead to a suspension — he was charged with battery resulting in substantial bodily harm back in February — and if he’s out an extended period of time, I think that will be devastating for both Winston and the Saints’ offense.

Anyway, Brinson and I actually answered THREE questions about EACH team in the NFC South and if you want to hear those answers, you’ll have to listen to the entire episode, which you can do by clicking here. If you prefer getting your podcasts in video form, you can watch today’s episode on YouTube by clicking here.

2. Hall of Fame Game: Recapping the Raiders’ blowout win over the Jaguars

We won’t dissect the entire game here — because no one wants that — but we will take a brief look at the good, the bad and the ugly from the Raiders’ 27-11 win.

The game got delayed. The fourth quarter of the Hall of Fame Game is usually unwatchable due to the fact that most NFL fans have never heard of any players on the field and it becomes even harder to watch when it’s being played at midnight. Due to lightning in the area, the start of the game got delayed for 40 minutes, which means things didn’t kick off until nearly 8:45 p.m. ET. The game then lasted nearly three hours, pushing it to nearly midnight. I would like everyone to know that I watched the entire game just so I could write about it in this newsletter.

The Jaguars looked like the Jaguars. The Jaguars are the Jaguars because they regularly make embarrassing mistakes and we saw a few of those on Thursday night. Offensively, we saw the Jags lose a fumble in the first half and then fail on a fourth-and-1 in the second half due to a fumble by quarterback Kyle Sloter. We also saw Doug Pederson call for a 60-yard field goal attempt, which of course, was not successful. Defensively, the Jags got steamrolled by the Raiders, who rushed for 159 yards on 33 attempts. The Jags also had an 88-yard punt return TD called back due to holding.

For more takeaways from the game, be sure to click here.

3. Hall of Fame induction going down this weekend: Here’s what you need to know

If you’re planning to watch the Hall of Fame induction ceremony this weekend, you better make sure your schedule is open around lunch time on Saturday because that’s when the ceremony will be going down. After years of holding the enshrinement ceremony in prime time, this year’s event will start at noon ET.

The Hall of Fame’s Class of 2022 consists of eight people, including six players, one coach and one contributor. Here’s the order of induction for the ceremony, which will air on ESPN and NFL Network:

Of the eight inductees, two of them are no longer alive (Sam Mills and Cliff Branch). Due to that fact, Mills’ wife, Melanie, will speak on his behalf while Branch’s sister, Elaine, will give a speech to honor her brother.

If you want to read more about this year’s Hall of Fame class, be sure to click here.

The Deshaun Watson case is inching toward a resolution and it took a giant step forward on Thursday when Roger Goodell officially appointed the person who will be in charge of hearing the NFL’s appeal.

Here’s everything you need to know about where the case currently stands:

As for the NFL’s appeal, one thing that’s still on the table is a possible settlement. Watson reportedly turned down an offer last month that would have seen him suspended for 12 games, but he might be more open to something like that now that the NFL is in control of the case. If there’s no settlement and Watson’s suspension ends up getting extended by the NFL, there’s a very real chance that this case could end up in federal court, but we won’t cross that bridge until we get to it.

If you’re an NFL team, the last thing you want to see in training camp is your quarterback taking time off due to a sore arm, but that’s exactly what’s happening in Los Angeles with Matthew Stafford.

The Super Bowl-winning quarterback has had a nagging right elbow injury all offseason and despite getting a lot of rest, it still hasn’t gone away. According to ESPN.com, Stafford got an injection into his elbow at some point this offseason, but it hasn’t quite been the cure the Rams were hoping for.

Stafford didn’t throw during OTAs or minicamp and the Rams were hoping that rest would help the elbow heal, but so far, that hasn’t been the case.

Here’s what we know about the injury:

Those are definitely not things you want to hear your head coach say about your starting quarterback with less than five weeks to go before the opener. At this point, it makes sense that the Rams aren’t overly concerned — because Stafford has plenty of time to heal — but I would be at least somewhat concerned if I were them. Stafford has had all offseason to heal and he’s still dealing with the injury, which means there’s no guarantee that it’s going to be healed in time for the Rams’ opener against the Bills on Sept. 8.

It’s been a wild 24 hours in the NFL, and since it’s nearly impossible to keep track of everything that happened, I went ahead and put together a roundup for you.