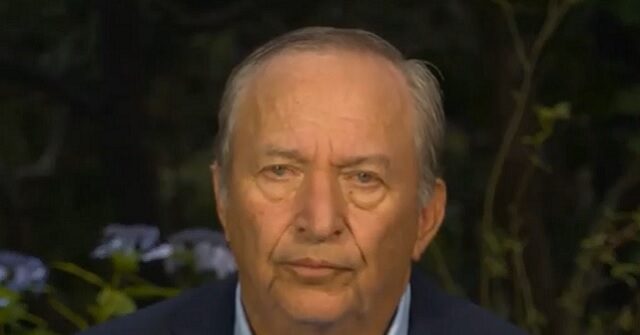 In Friday’s broadcast of CNN’s “Situation Room,” a Harvard professor, economist, director of the National Economic Council under President Barack Obama and Secretary of the Treasury under President Bill Clinton Larry Summers said that while it’s good that the jobs report shows people are getting On jobs and wage increases, “nothing” indicates “that we are keeping inflation under control, quite the opposite.” That’s while dollar wages go up, purchasing power goes down because prices go up faster, and “you get more and more of a cycle” that will make avoiding recession and lowering inflation more difficult.

Summers stated, “Look, it’s always welcome news when people get jobs. It’s welcome news when wages are going up. But I have to say, I don’t think it’s quite as rosy as your report suggested. The main problem with the economy for some time has been inflation. Something in this report suggests that we are keeping inflation under control, rather the opposite. Yes, wages have gone up half a percent last month. But that’s an annual rate of 6%, and inflation has been around 9% over the past year. I think our fundamental problem is , namely that we have an unsustainably overheated economy that leads to high inflation, which lowers people’s salaries, which, unfortunately, is not covered in the news in this report. Therefore, I am glad to see it, and it carries good news for a large number of families. But I’m afraid That we’re still in the kind of lopsided situation that you and I are talking about — we’ve been talking about on this show for a long time.”

he added, “[W]If you have a large number of vacancies, which we still do, when you have such a shortage of labor, which we still have, when wages are rising rapidly in dollars, but not in terms of purchasing power because when prices go up faster, you get On more and more session. This makes engineering the proverbial easy landing even more difficult for the Fed.”

Summers also said that while he is pleased that the reconciliation bill and CHIPS are positive developments for the economy, “I’m more concerned about inflation tonight than I was last night. And I think it’s misleading not to see things that way.” And that the report doesn’t change its belief that there’s a 75% chance of a recession over the next two years because “the primary challenge the economy is facing is kind of overheating, and it just shows that we’re feeling bigger.”