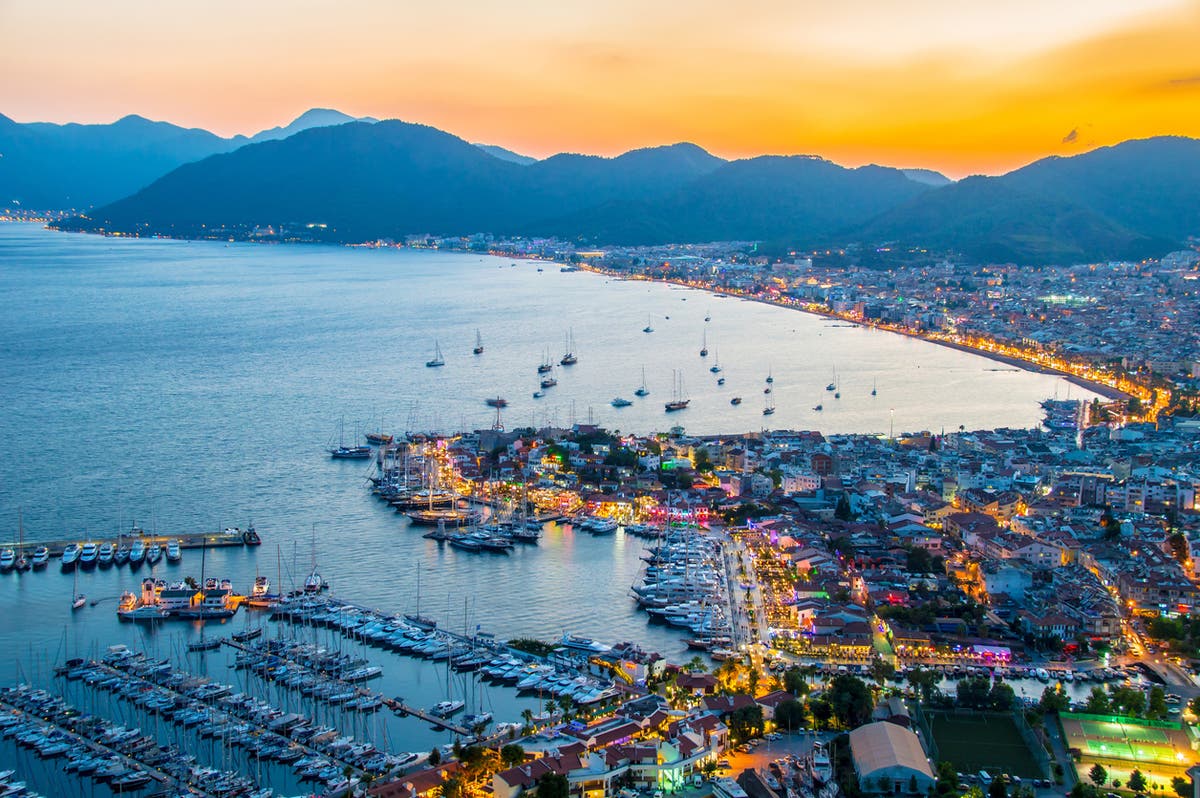 A British woman has been killed and her husband left in critical condition after a speedboat crash in Turkey.

The victim, identified in local media as a 45-year-old English woman, died when the ship on board collided with a water taxi in front of panicked vacationers off the coast of Marmaris, Mugla.

Emergency services responded to the accident, which occurred near the five-star Elegance Hotel at around 1.30pm local time on Thursday, but were unable to save her.

The woman’s husband was taken to the hospital and placed in the intensive care ward, according to local media, which published pictures of the boat collision and pictures of the damaged speedboat after it was brought to shore.

It was not clear at this stage the cause of the collision and the police opened an investigation.

Four people who were traveling in the water taxi sustained less serious injuries and were taken to Ahu Hospital in the popular holiday resort.

Said a 44-year-old London woman on vacation in Marmaris the sun: “It was a horrific accident and many people who saw it were walking around in shock.

Some of the wounded were in horrific condition and the dead lady was brought ashore in a body bag – she obviously had no chance.

“The sea was a bit chaotic with many speedboats and sailboats circling around but no one expected this at all.”

A spokesperson for the Foreign, Commonwealth Office and Development said: “We are providing consular assistance following the death of a British woman and the hospitalization of three British nationals in Turkey, and we are in contact with local authorities.”

Marmaris is a resort town on the Mediterranean along the southwest coast of Turkey and is popular with British tourists.

It is known for its lively nightlife and home to outdoor clubs and music venues.