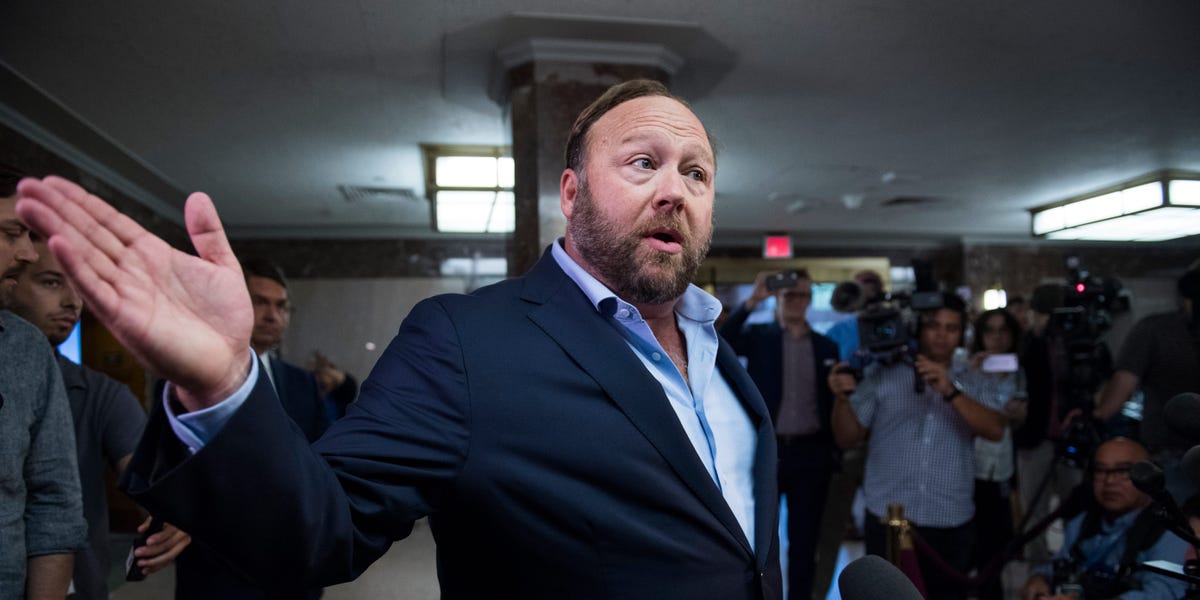 Far-right conspiracy theorist Alex Jones and the parent company that runs his Infowars website have racked up $270 million, as a forensic economist testified in a Texas court on Friday.

“As dissident, as odd as he is, he is a very successful man,” Bitengel said of Jones, likening the announcer to the Mongol warrior Genghis Khan.

“He didn’t ride a wave but he created the wave,” Pettingail told the court, explaining that he believed Jones was a “revolutionary.”

Pettingill testified that Jones “issued some hate speech and some misinformation, but he made a lot of money and got the benefit of it.”

A Texas court had already found Jones liable for defaming Sandy Hook’s parents for falsely claiming that the 2012 mass shooting was a hoax.

Neil Heslin and Scarlett Lewis — parents of 6-year-old Jesse Lewis, who was one of 26 killed in the Newtown, Connecticut, massacre — sued Jones, the founder of Infowars, and Free Speech Systems for defamation over his lies about the mass shooting.

On Thursday, the jury awarded the parents more than $4 million in damages; Jones now faces additional punitive penalties for his repeated lies.

Pettingell, who was hired by prosecutors to testify about Jones’ net worth, told the court that he tracked Jones’ money and found that Jones made $165 million from September 2015 to December 2018.

“It averages $53.2 million a year, but that’s the starting point,” Pettingel said, referring to earlier testimony in the case from Jones, who told the court that Infowars took in $70 million in revenue last year.